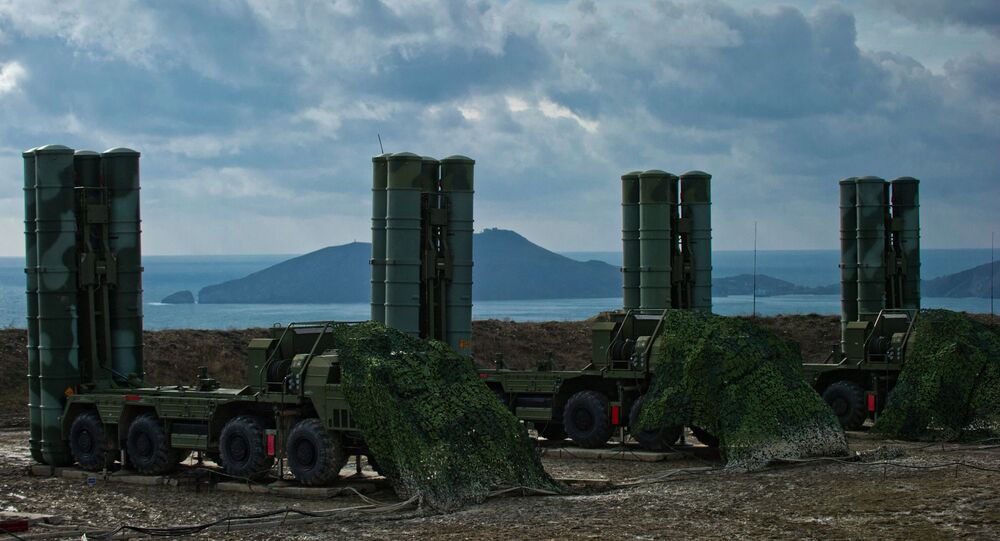 India has been seeking an exemption from US sanctions over the purchase of five S-400 units since 2018, when a $5.43 billion deal was signed with Russia. However, the Trump administration has kept threatening India with sanctions under CAATSA and, instead, offered American missile defence systems to New Delhi.

As the US has imposed sanctions against Turkey — a NATO member, an Indian expert is concerned that the same will happen to India once the delivery of S-400 air defence system starts from Russia next year.

Nevertheless, Amit Cowshish, a former financial adviser to the Indian Defence Ministry, believes that the Indian government may be "concerned by the development but not worried".

The US Senate passed the National Defence Authorisation Act (NDAA) earlier this month, which included economic measures against Ankara for its acquisition of S-400 missile defence systems.

Cowshish underlines that the sanctions against Turkey are an indication of the US' resolve to impose CAATSA (Countering American Adversaries Through Sanctions Act) against countries which are engaged with Russia in defence purchases.

“India may be concerned about the development. This is not to say that sanctions may not be imposed in the future. In fact, many analysts believe that the sanctions against Turkey are an indication of the US' determination to enforce CAATSA when the Russian defence system is received by India”, Cowshish emphasises.

© AP Photo / Turkish Presidency
Erdogan Blasts US and EU Over S-400, Med Dispute-Tied Sanctions, Says Turkey Will Not Be Deterred
CAATSA requires the imposition of certain sanctions on persons/entities who knowingly engage in a "significant transaction" with the defence or intelligence sectors of Russia.

Despite the remarks about possible sanctions, New Delhi has never shied away from defence purchases from Russia, including the approval of a $4.25 billion purchase of 21 MiG-29s and 12 Su-30 MKI aircraft as late as July this year.

Besides conveying its request for an exemption during bilateral talks, Indian External Affairs Minister S. Jaishankar also advised Washington in August to go beyond alliances and learn to "work in a more multipolar world, with a more plurilateral relationship".

Nevertheless, the expert argues that any sanctions by the Americans will be a setback for New Delhi's expanding cooperation with Washington.

“It could also result in resurgence of cooperation with/procurement from Russia, tapping of new sources of supply in European and other countries, and greater impetus to technology development in India”, Cowhsish stresses.

Earlier this year, Indian Defence Minister Rajnath Singh urged Russia to expedite the delivery of S-400s amid a border stand-off with China in the eastern Ladakh region. India considers the long-range missile system to be in the country’s national interest and refuses to give up on the agreement, despite sanctions threats from the US.

The Indian Air Force believes that the induction of S-400 air missile defence systems will further tilt the technological balance in India’s favour.