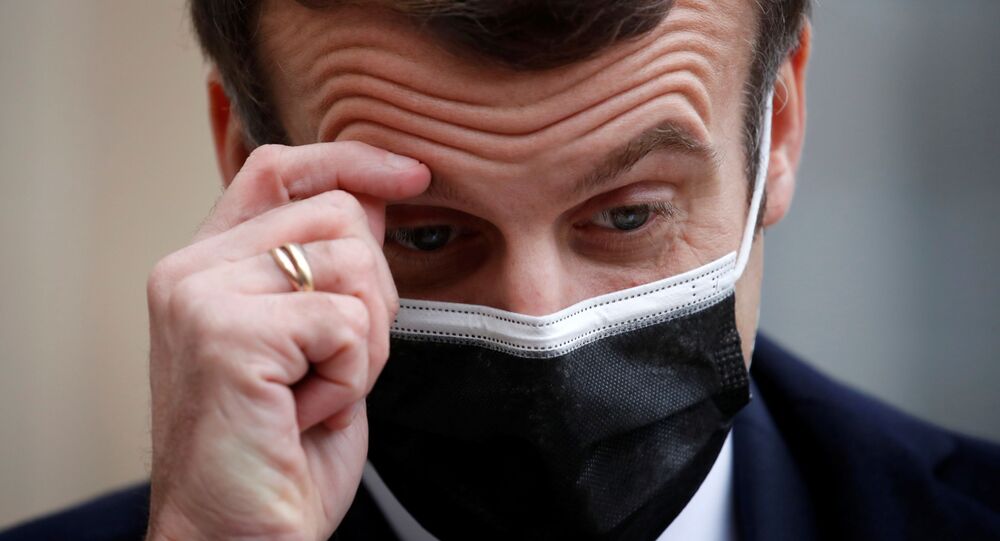 A post-Brexit deal between the UK and Europe still hasn't been reached, despite the approaching deadline for the end of the transition period; French President Emmanuel Macron argued that he wanted the "integrity" of the EU single market to be maintained.

French President Emmanuel Macron said on Wednesday that he wanted to have the "best relationship possible" with the United Kingdom, as Brussels has been working hard to secure a post-Brexit trade agreement with London.

The comment was made during a joint news conference with Portugal's Prime Minister Antonio Costa, where Macron underlined that he wished that the integrity of the European single market would remain intact.

Macron’s comments follow a report that the UK would deploy four Royal Navy vessels to stop EU ships from accessing British waters as of 1 January if a Brexit deal is not reached.

Commenting on the news, the president for the Normandy regional fisheries committee, Dimitri Rogoff, said that French fisherman could respond by setting up blockades in the English Chanel, and effectively prevent British vessels from “supplying the French market”.

The United Kingdom officially left the bloc on 31 January, entering a 11-month transition period set to help London establish new trade relations with the European Union. As the deadline is approaching, the countries have so far failed to agree on a Brexit deal, citing disagreements over common governance, fishing quotas and so-called "level playing field" conditions designed to ensure neither party gains an unfair advantage over another one.

Prime Minister Boris Johnson said on Sunday that there was a big chance now that the UK would leave the EU without a deal in the end.

On Wednesday, he told the parliament that he still had "hope" that EU partners "will see sense and do a deal".

According to the British PM, "all that that takes is for them to understand that the UK has a natural right, like every other country, to want to be able to control its own laws and its own fishing grounds."

Johnson also added that whatever happens after 31 December, Great Britain will still "prosper."

EU is Ready For Anything

German Chancellor Angela Merkel meanwhile told the lower house of parliament on Wednesday that the EU would prefer if Britain leaves the union with the trade deal, but was ready for any scenario.

"There has been progress but no breakthrough," Merkel commented on the ongoing talks.

She said that negotiations will continue until the end of the week, despite the fact that the partners had previously urged to wrap up their discussions on 13 December.

As the Sunday deadline has passed, PM Johnson concluded that the UK and EU have still remained "very far apart" on some crucial issues.

BoJo maintains that Britain should benefit from zero-tariff access to European market following its departure from the bloc, while not subject to EU laws and governance.

Brussels, meanwhile, has been warning against "unfair competitive advantage" the UK may recieve after leaving the union.

European Commission President Ursula von der Leyen said this week that there was still a "path to an agreement" between the two parties now, despite their persistant disagreements.

"The path may be very narrow but it is there," the commission president was quoted as saying on Wednesday.