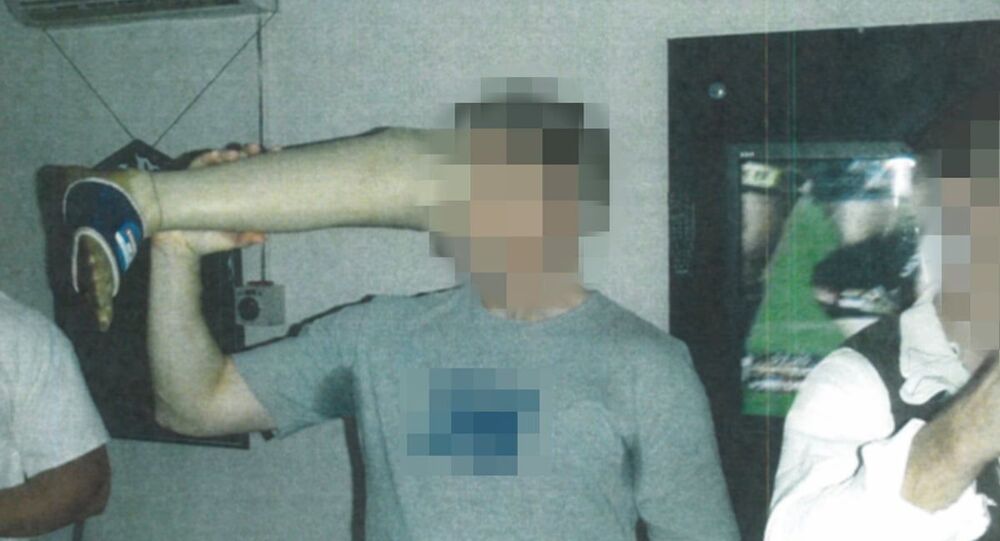 After a November report by New South Wales Supreme Court Judge and Army Reserve Major General Paul Brereton, that found "credible information" about Australian soldiers being involved in the alleged killing of civilians and prisoners in Afghanistan, the army fired 13 servicemen in connection with the four-year probe.

An Australian senior Special Forces soldier pictured drinking beer out of a killed Taliban fighter's prosthetic leg in a bar in Afghanistan is reported to have recently lectured troops on army ethics and integrity, writes the Daily Mail.

A 50-year-old veteran of overseas deployments, Warrant Officer Class 1 John Letch, Command Sergeant Major of the Special Operations Command, voluntarily retired after a pixelated copy of the controversial photograph, believed to be showing a scene from an unofficial pub set up inside Australia’s special forces base in Tarin Kowt in 2009, was leaked at the start of the month.

​New information by the outlet reveals that in the wake of the Brereton report, released in November, that investigated alleged war crimes committed by Australian soldiers in Afghanistan and resulted in dismissal of at least 13 soldiers, WO1 Letch extolled the virtues of 'good soldiering' in the 26 November issue of the newspaper Army.

Appearing under the headline 'Be prepared to harness leadership' a picture shows Letch addressing commandos at a Special Forces training facility in 2019.

John Letch, who holds the Order of Australia Medal and was awarded a Commendation for Distinguished Service for operational service in Afghanistan in 2009, the year the photograph was taken, was quoted as underscoring the value of 'good soldiering' as a basis for achieving character excellence in the army and winning the trust of the Australian public.

“Integrity and ethics are central to everything we do and every decision we make… Personally, I view loyalty to Good Soldiering and sincerity - or genuineness - as crucial necessities to align our thoughts, words and actions to do what is right and achieve the greatest good. You think it, talk it and then walk it,” said the senior officer.

WO1 Letch also highlighted the importance of being open to mentoring and having examples to look up to.

“A good mentor will advise, guide and train you to live, lead, fight and support better,” he said.

A former SAS captain who was deployed in Afghanistan with John Letch, Andrew Hastie, was quoted by the Mail as describing him as a fine soldier.

“We deployed together to Afghanistan in 2013. He was my squadron sergeant major and looked after our welfare during tough times. John is an honourable man who did the wrong thing more than a decade ago. He accepts full responsibility for it. No one is perfect.”

A source was also cited as insisting that John Letch, who was shown in the leaked photograph indulging in what other senior SAS soldiers were similarly shown doing, was still widely respected by the men who had served under his command.

“He's leading by example…He's done the right thing. Yes, he did something in the middle of a war zone ten years ago but he's chosen to be a leader by stepping aside.”

In early December The Guardian Australia had revealed a photo of an alleged Australian special forces soldier drinking beer out of the prosthetic leg of a slain Taliban soldier at the Fat Lady’s Arms bar inside Australia’s special forces base in Tarin Kowt in Afghanistan's Uruzgan province 2009.

#EXCLUSIVE: for the first time, @GuardianAus can reveal a picture of Australian soldiers drinking from the prosthetic leg of a dead Taliban fighter, confirming the practice took place in the Tarin Kowt special forces base in 2009 https://t.co/tX98rSyTSR

​WO1 Letch was later identified as the solider by The Australian.

Another pic purportedly shows two soldiers dancing with the leg, which is believed to belong to a Taliban fighter killed during an assault on two compounds and a tunnel complex at Kakarak in Uruzgan in April 2009.

In the wake of the operation, the prosthetic leg was mounted to a wooden board under the heading 'Das Boot' alongside a German Iron Cross.

The controversial picture comes as the redacted report released by New South Wales Supreme Court Judge and Army Reserve Major General Paul Brereton on 19 November 2020 found "credible information” of 39 murders of civilians or prisoners by 25 Australian soldiers serving in Afghanistan from 2009 to 2016. This followed years of efforts by the government to hush up the scale of suspected criminal behaviour by Australian soldiers in Afghanistan.

Australia's Department of Defence initiated an administrative punishment process, with the Australian Army firing 13 servicemen in connection with the findings.

At least 55 suspected incidents of criminal behaviour ranging from torture to summary execution were revealed in the report, which recommended that 19 individuals be referred to authorities for prosecution, and urged Australia to pay compensation to the families of victims. The report also called for reforms in the military.