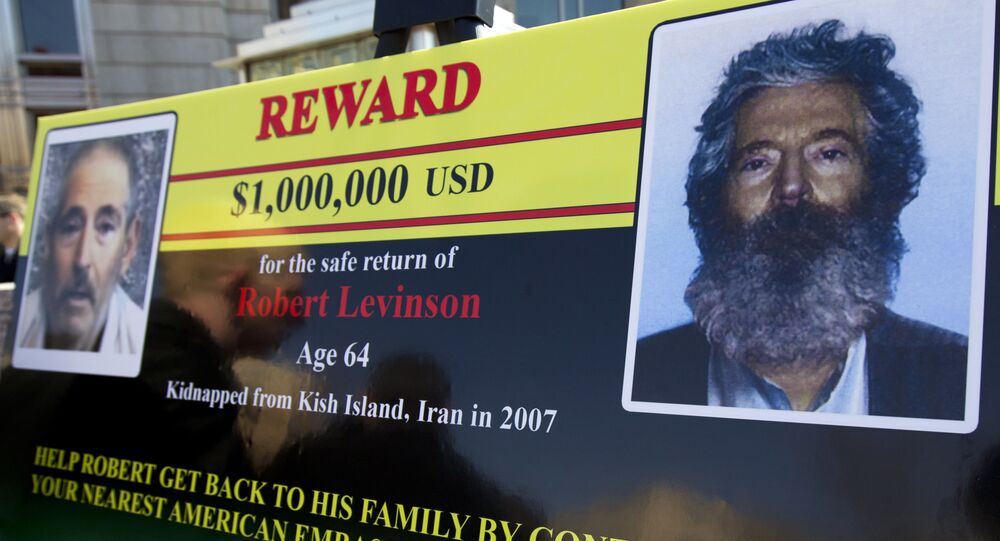 WASHINGTON (Sputnik) - The United States is imposing sanctions against two Iranian intelligence officers over their alleged role in the disappearance and probable death of former FBI agent Robert Levinson, senior government officials said in a conference call with reporters on Monday.

"Today, the Department of Treasury is going to announce designations on two Iranian intelligence officers from the Ministry of Intelligence and Security for the direct involvement in the abduction, detention and probable death of Robert Levinson," a senior government official said.

The US Treasury Department’s Office of Foreign Assets Control (OFAC) said in a formal notice that sanctions would be imposed on Mohammad Baseri and Ahmad Khazai, who are alleged to be high-ranking officers of the Iranian Ministry of Intelligence and Security.

The imposed sanctions allow the seizure of all assets in the United States owned by the designated individuals and US citizens are forbidden to enter into transactions with them.

A second senior government official expressed hope that the public outing of the two alleged Iranian officers will spur individuals to come forward with information about Levinson’s disappearance.

The US government has issued a $20 million reward for any act that directly leads to justice in the case and an additional $5 million for providing important information related to the case.

The senior US official emphasized that no future agreement with Tehran should ever be negotiated if all Americans held in Iran are not released.

Evidence in the possession of US authorities points Iran embarked on a campaign of disinformation to conceal his death, the senior official added.

The White House said in a statement that the United States will "relentlessly pursue all others involved as the investigation continues."

Levinson retired from the FBI in 1998 but was believed to be in Iran on a CIA mission when he disappeared in March 2007. Iranian authorities have repeatedly denied having detained Levinson and maintain that the government in Tehran has no knowledge of his whereabouts.