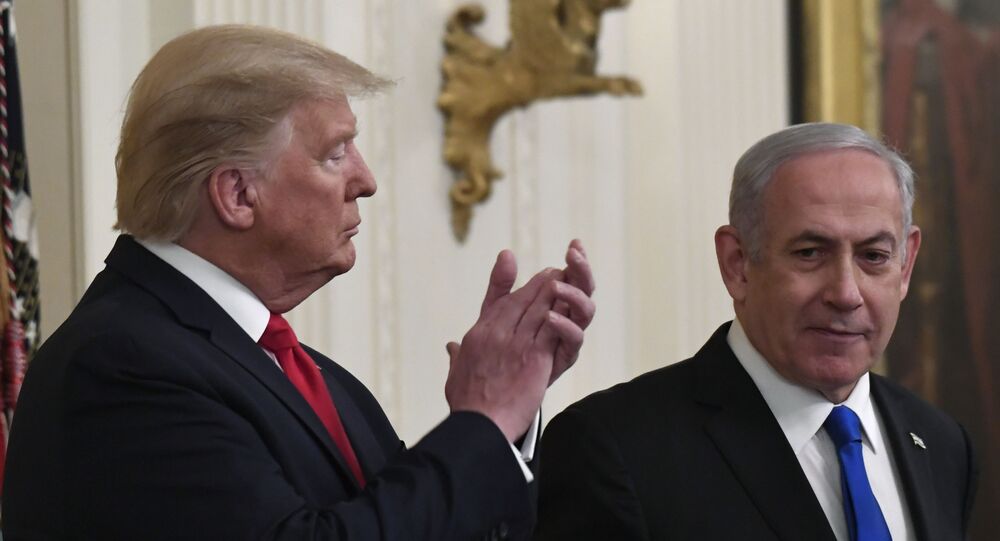 Morocco and Israel have agreed to normalise relations, US President Donald Trump announced in a statement on Twitter. "Another historic breakthrough today", Trump wrote in his post.

Another HISTORIC breakthrough today! Our two GREAT friends Israel and the Kingdom of Morocco have agreed to full diplomatic relations – a massive breakthrough for peace in the Middle East!

Trump also said that he has signed a proclamation recognising Morocco’s sovereignty over Western Sahara, a disputed territory that has long been claimed by Rabat.

Today, I signed a proclamation recognizing Moroccan sovereignty over the Western Sahara. Morocco's serious, credible, and realistic autonomy proposal is the ONLY basis for a just and lasting solution for enduring peace and prosperity!

Morocco recognized the United States in 1777. It is thus fitting we recognize their sovereignty over the Western Sahara.

Israeli Prime Minister Benjamin Netanyahu hailed the news, describing it as "another great light of peace". Netanyahu said Israel and Morocco will establish diplomatic relations and direct flights between the two countries.

Since the creation of Israel in 1948 and the ensuing Arab-Israeli War, there has been an unofficial rule in the Arab world that normalisation of ties with Israel could only occur after the Palestinians have an independent state.

The only two Arab countries that had signed a peace agreement with Israel in the past were Egypt and Jordan, in 1979 and 1994 respectively. Both countries share borders with Israel and had fought wars with Tel Aviv in the past.

Trump pledged to solve the Israeli-Palestinian conflict and earlier this year unveiled his so-called Middle East peace plan, which he touted as "the deal of the century". Trump also attempted to improve relations between Tel Aviv and the Arab world. During the summer, he brokered an accord to normalise ties between Israel and the United Arab Emirates as well as Bahrain and Sudan. Thus, Morocco will become the fourth Arab country to establish relations with Israel under Donald Trump.

Trump's deal was praised as a significant diplomatic achievement and reports indicate that more Arab countries will normalise relations with Israel.

However, the deal has also drawn harsh criticism. Iran, Qatar, and Turkey, as well as the Palestinians, have strongly condemned the agreement, which they described as a "betrayal" of the Palestinians and Muslims and a "stab in the back".

After Trump made an announcement about Morocco and Israel, the president’s senior adviser Jared Kushner said he sees Saudi Arabia and Israel establishing diplomatic ties as inevitable.

"I do think that Israel and Saudi Arabia coming together and having full normalisation at this point is an inevitability", Kushner said during a telephone briefing, noting that the timeframe for a normalisation of ties is “something that has to be worked out".

Tiberio Graziani, head of the Italy-based Vision and Global Trends International Institute for Global Analyses, said that normalization of ties between Israel and the Arab states is not intended for peaceful purposes, but to strengthen Israel, which in recent years has had tense relations with Iran and Turkey.

"I think that if there are more treaties of this type, it will almost certainly depend on the new US administration and Biden's willingness to engage in the Middle East”, Graziani said.

He added that Trump’s diplomatic push seeks to establish a network of "collaborative" Arab countries for Israel. "With this new move, Trump closes his Middle Eastern foreign policy that began with the move of the US embassy to Jerusalem", Griaziani said.