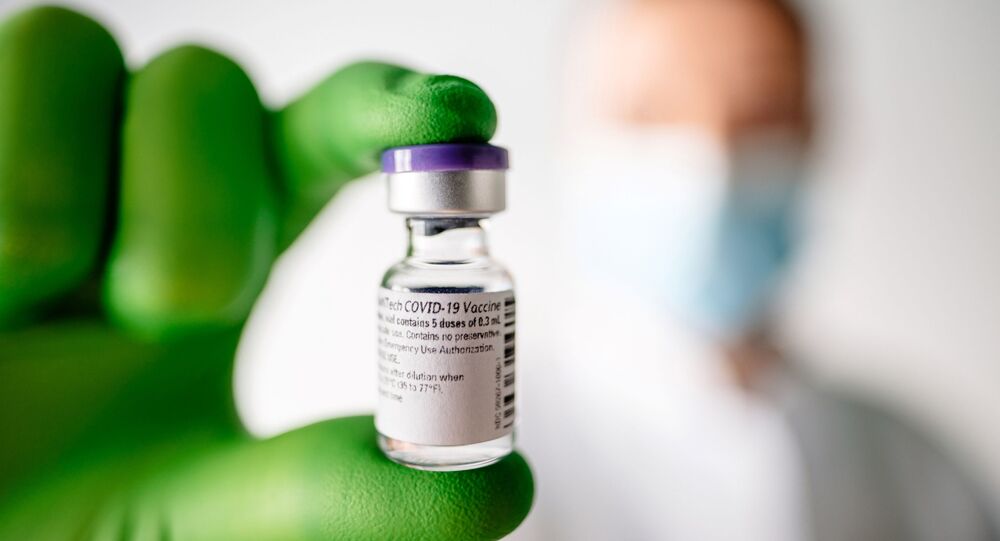 The UK, which became the first country to formally approve the Pfizer coronavirus vaccine, has already started a mass vaccination programme with the US-German inoculations, with around 800,000 doses of the vaccine expected to be supplied to the country over the next few days.

Canadian medical watchdog Health Canada has approved the COVID-19 vaccine from Pfizer Inc and BioNTech SE, becoming the second country to do so after the UK.The North American country moved to greenlight the jab under a new interim order system that allows for accelerated approval akin to the US Food and Drug Administration's speedy emergency use authorisations.

"Health Canada received Pfizer's submission on 9 October 2020 and after a thorough, independent review of the evidence, Health Canada has determined that the Pfizer-BioNTech vaccine meets the Department's stringent safety, efficacy and quality requirements for use in Canada," a statement said.

This is phenomenal news for all Canadians as we take the next step toward ending this pandemic. As soon as vaccines arrive on Ontario soil, we will be ready to deliver and administer them.

Friends, the light at the end of the tunnel grows brighter.https://t.co/AcC5AJLg7j

Health Canada went on to assure that Canadians "can feel confident" about the "rigorous" nature of the review process based on "strong monitoring systems in place," vowing to closely observe the safety of the inoculation and to take action should any concerns arise.

The shots will first be given to high-priority groups, including NHS workers, the elderly over 80 and high-risk categories, with around 800,000 doses of the US-German vaccine expected to be delivered to the UK in the coming days.

© AFP 2020 / JACOB KING
Margaret Keenan (C), 90, is applauded by staff as she returns to her ward after becoming the first person to receive the Pfizer-BioNtech Covid-19 vaccine at University Hospital in Coventry, central England, on December 8, 2020.

As for its expected approval in the US, the brainchild of the American pharmaceutical company Pfizer and Germany’s BioNTech is expected to get a green light from the US Food and Drug Administration as early as this week.

According to a spokesperson for Health and Human Services cited by Forbes, apart from the Pfizer-BioNTech vaccine, the US still has “five other vaccine candidates, including 100 million doses on the way from Moderna”, that are set to fulfil Trump’s pledge to vaccinate all Americans who are willing to do so next year.

The Moderna vaccine is also expected to soon get emergency approval from the FDA, when an expert panel convenes later in December. The developers of both vaccines have announced that the efficiency of their jabs against the virus causing the COVID-19 infection is no less than 95%.