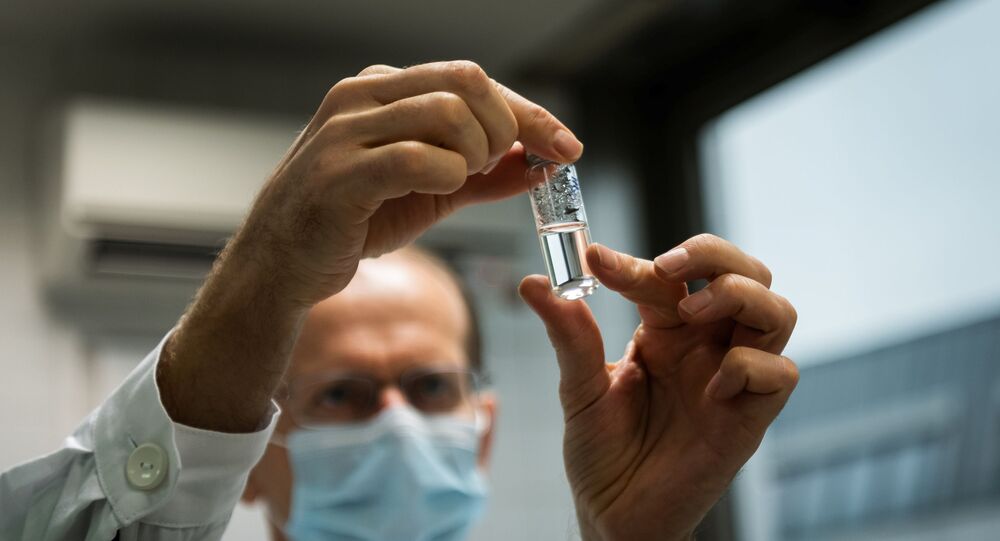 MOSCOW (Sputnik) - The Russian Direct Investment Fund (RDIF) and the Gamaleya research centre are prepared to have Sputnik V vaccine against the coronavirus produced in Ukraine, the fund said Tuesday in a statement.

"RDIF and Gamaleya research center are ready to produce the vaccine in Ukraine and submit paperwork to get it registered by the state regulators. One of the leading pharmaceutical companies, Biolek, has already prepared for production of ready-to-use form of the vaccine. Biolek's production capacities, which will be used to produce the vaccine, correspond to all current [good manufacturing practice] GMP standards," the statement read.

According to RDIF, the fund's CEO Kirill Dmitriev and the head of Gamaleya center Alexander Gintzburg met with Ukrainian lawmaker Viktor Medvedchuk to discuss the vaccine.

"During the meeting, we told our partners about the efficacy, technological platform and other features of the vaccine and discussed all nuances regarding its possible production in Ukraine, which would help to significantly cut down on logistics costs," Dmitriev said.

RDIF CEO added that there had been some positive changes in the attitude to the vaccine on part of foreigners, including the European Union, which considers it possible to let a member state approve Sputnik V for use in that state specifically, via an emergency procedure.

In August, Russia became the first country to register a COVID-19 vaccine, which was named Sputnik V. The clinical trials of the Sputnik V vaccine, developed by the Gamaleya research institute, have demonstrated that its efficacy rate is over 90 percent. Dozens of countries have already expressed interest in procuring the Russian vaccine.