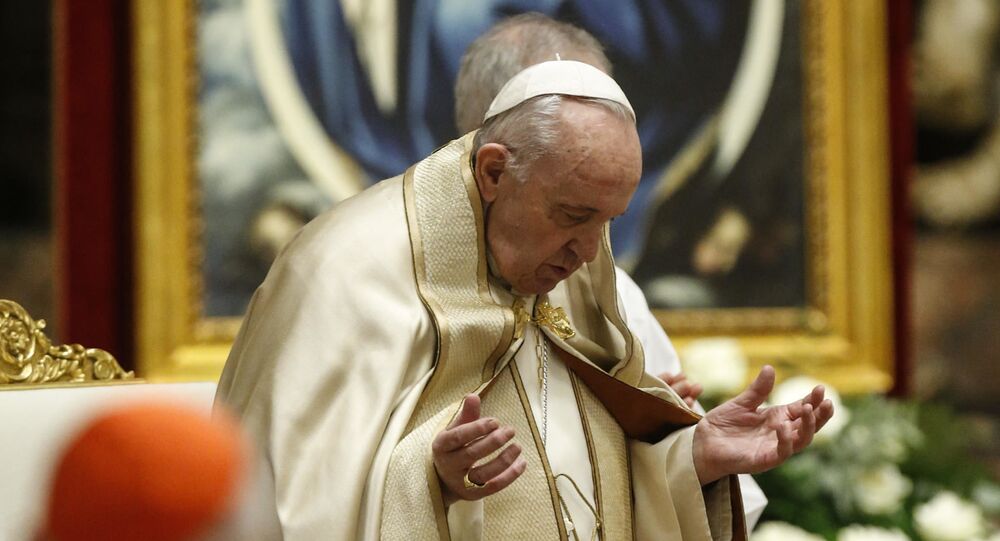 The head of the Roman Catholic Church earlier called upon the international community to make the COVID-19 vaccine “universal” and available for everyone.

Pope Francis’s first international visit since the outbreak of the COVID-19 pandemic will be to Iraq, the Vatican announced on Monday. The pilgrimage will come under an invitation from the Iraqi government and the local Roman Catholic church.

The planned Apostolic Journey is expected to take place between 5 and 8 March, Vatican spokesman Matteo Bruni said. The schedule for the international visit has yet to be announced. However, it is planned that the pontiff will make stops in Baghdad, Irbil, Mosul and Qaraqosh, as well as at the “plains of Ur, linked to the memory of Abraham,” in a reference to an ancient Sumerian city-state in the historical region of Mesopotamia.

According to Bruni, the Director of the Holy See Press Office, the Pope’s visit will be organised in line with “the evolution of the worldwide health emergency” bearing in mind the developments in the next four months in relation to a health crisis.

Pope Francis announced his intention to travel to the country as early as June 2019, telling a meeting of Roman Catholic aid agencies back then that he was thinking “constantly of Iraq” and planned to visit it in 2020, but apparently his intentions were halted by the pandemic.

The last foreign trip the pontiff made before the worldwide lockdown took place in November 2019, when he visited Thailand and Japan.

As Italy is expected to start mass COVID-19 vaccinations in January, Pope Francis earlier expressed his hope that the vaccine will become “universal” and acceptable to all layers of the population.