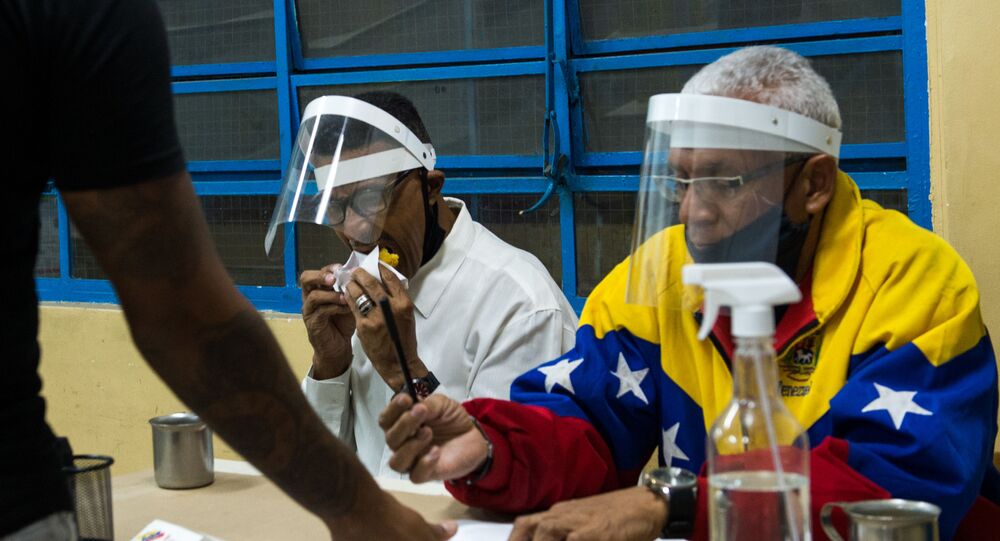 MOSCOW (Sputnik) - The first results of the Venezuelan parliamentary elections demonstrated the legitimacy of the new National Assembly, the head of the Russian observer mission to the vote, Igor Ananskikh said on Monday.

"I think that the main first results of these elections is that Venezuela has obtained a legitimate National Assembly. Something that has not existed for several years, that is the supreme legislative body. It is no longer possible to challenge their legitimacy," Ananskikh said, adding that it may lead to the end of a political crisis in Venezuela and pave way for further economic development of the country.

According to Ananskikh, who is also the Deputy Chairman of Russia's lower house or Duma, the elections were held within the framework of constitutional provisions, with no incidents and long lines of voters were observed at every polling station visited.

"The opposition has received enough votes and will be able to pursue their initiatives, express their point of view, which, I believe, is also very important for the further democratic development of the country," Ananskikh said.

The lawmaker added that not all the votes have been tallied up yet, but "nothing will radically change."

On 6 December, Venezuela held elections to the National Assembly. According to the preliminary results of the National Electoral Council, the Simon Bolivar Great Patriotic Pole is leading with 67.6 percent of the vote and the Democratic Alliance is on the second place with 17.95 percent of the vote. The opposition bloc of Juan Guaido, a failed coup leader and former head of the National Assembly, has refused to participate in the vote, along with about 20 other parties.