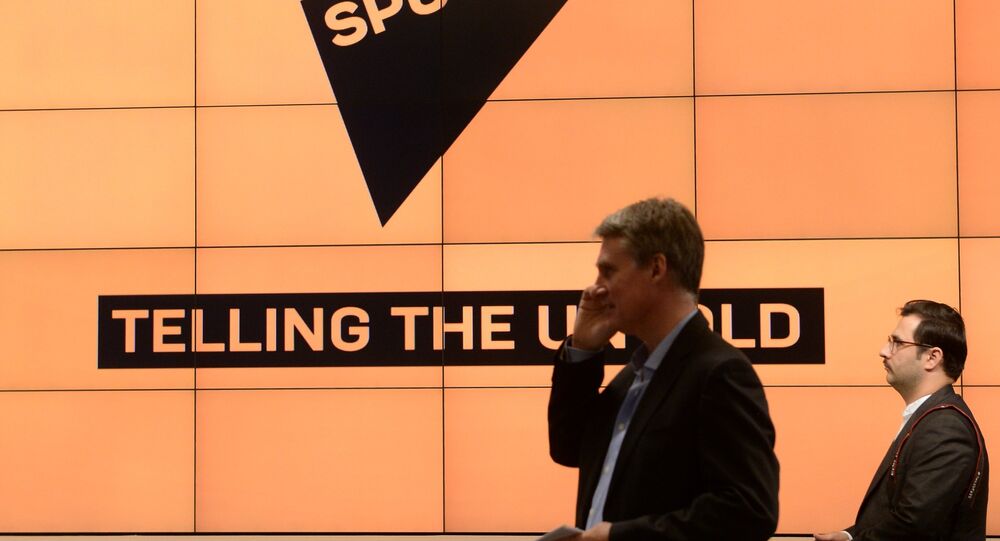 VIENNA (Sputnik) - Russia will raise the persecution of Baltnews and Sputnik journalists in Latvia at the upcoming session of the Organisation for Security and Co-operation in Europe (OSCE) Permanent Council, scheduled for Thursday, Russia's deputy permanent representative at the OSCE, Maxim Buyakevich, said.

Several Russian-speaking Latvian stringers who work with Sputnik and Baltnews, among other outlets, have been accused of breaking the EU sanctions, which falls under Article 84 of Latvian criminal law. Their homes have been searched.

"In light of Baltnews and Sputnik journalists persecution in Latvia, Russia plans to raise the mater at the next session of the OSCE Permanent Council," Buyakevich said.

Moscow plans to maintain an active dialogue with OSCE's new representative on freedom of the media, Teresa Ribeiro, on interests of the Russian media outlets, including the situation in Latvia, the official added.

"In light of Teresa Ribeiro's appointment and inauguration ... the Russian side will resume active dialogue on this issue and other issues of interest for the Russian professional journalistic community," Buyakevich assured.

The Russian Foreign Ministry called Latvia's aggressive actions against the Russian-speaking journalists a punitive action and a blatant example of violating the foundations of a democratic society: freedom of media and expression. The ministry stressed that the EU sanctions were individual and concerned only Rossiya Segodnya International Information Agency chief Dmitry Kiselev and thus could not apply to everyone cooperating with the media holding.

Margarita Simonyan, the editor-in-chief of Rossiya Segodnya and the RT broadcaster, expressed hope that Russia would respond to the charges initiated against Russian-speaking journalists.