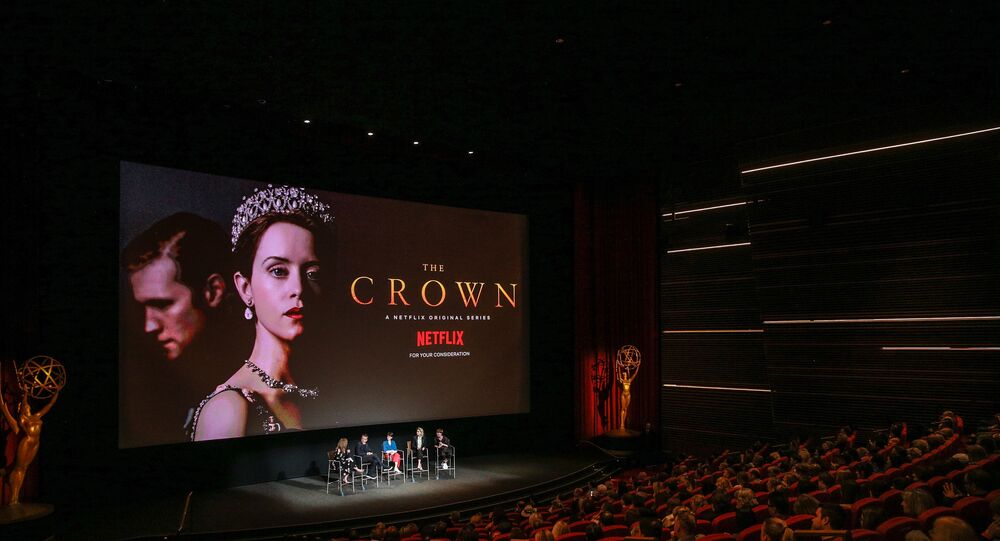 'It's Drama Broadly Based on Historical Events': Netflix Won’t Add 'Fiction' Disclaimer to The Crown

On 15 November, Netflix released the fourth season of its popular series “The Crown”. The show revolves around the fancy lives of the British Royals, including Queen Elizabeth II. The new season of the show gathered steam on social media, especially because it gave a glimpse inside the broken marriage of Prince Charles and Princess Diana.

Netflix has refused to classify “The Crown” as a work of fiction after Oliver Dowden, the British Culture Secretary, suggested the platform must add such a disclaimer to the show in the wake of the introduction of historically sensitive characters like Prime Minister Margaret Thatcher and the late Princess of Wales, Diana, whose death in a car crash back in 1997 opened flood gates of conspiracy theories.

© REUTERS / Reuters Photographer
Netflix Accused of 'Trolling' for Using Princess Diana Documentary in Response to 'The Crown' Uproar
“We have always presented The Crown as a drama — and we have every confidence our members understand it's a work of fiction that's broadly based on historical events, as a result, we have no plans — and see no need — to add a disclaimer,” the US-headquartered content streaming platform said in a statement.

The Royal Family: The Crown is fake

Netflix: Here’s Diana literally telling the story the way we showed it on TV. Enjoy 😘 https://t.co/pcW7WMIF3G

I’d like to formally request a meeting with Charles and Camilla plz #TheCrown pic.twitter.com/487eL90rHm

​In a bid  to prove that “The Crown” is broadly based on historic events, Netflix also shared a special video captioned “Diana in her own words” that plays in the backdrop of the Princess of Wales narrating her own story and the involvement of Camilla in her married life with Prince Charles.

​Peter Morgan, the creator of “The Crown” has reportedly defended his storyline saying its thoroughly researched and true in spirit.