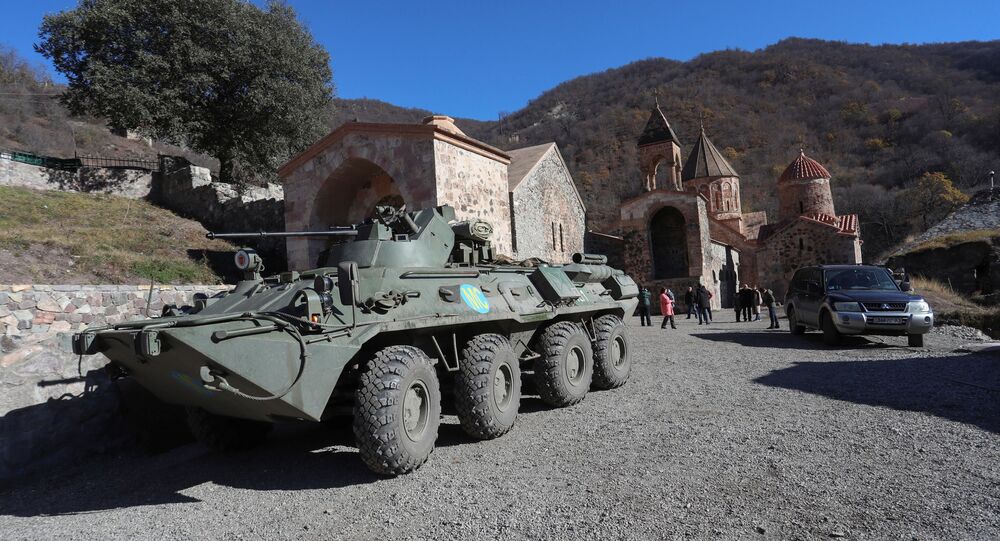 "Russian peacekeepers from the special task medical detachment have formed multifunctional medical brigades to organize the fieldwork of military medics in Nagorno-Karabakh's Askeran area," the statement issued by the ministry said.

According to the statement, the medical brigades include health care specialists from various spheres and psychologists. Local residents visit the specialists to receive dental care, treat chronic, heart and endocrine diseases.

On Sunday, the ministry said that a new group of Russian Emergencies Ministry specialists arrived in Nagorno-Karabakh, with over 65 tonnes of humanitarian cargo distributed in the region.

On 9 November, the leaders of Russia, Armenia and Azerbaijan adopted a joint statement on the cessation of hostilities in unrecognized Nagorno-Karabakh. The agreement concerning Nagorno-Karabakh resulted in the loss of some territories controlled by the Armenian-majority self-proclaimed Republic of Artsakh and the deployment of 1,960 Russian peacekeepers to the region.

After the hostilities ceased, over 34,00 refugees returned to Nagorno-Karabakh, with Russian peacekeepers ensuring their safety. Russian engineer units are assigned to demine the peacekeeping operation zone and reconstruct the electricity, water and heating communications of the social facilities and households in the region.