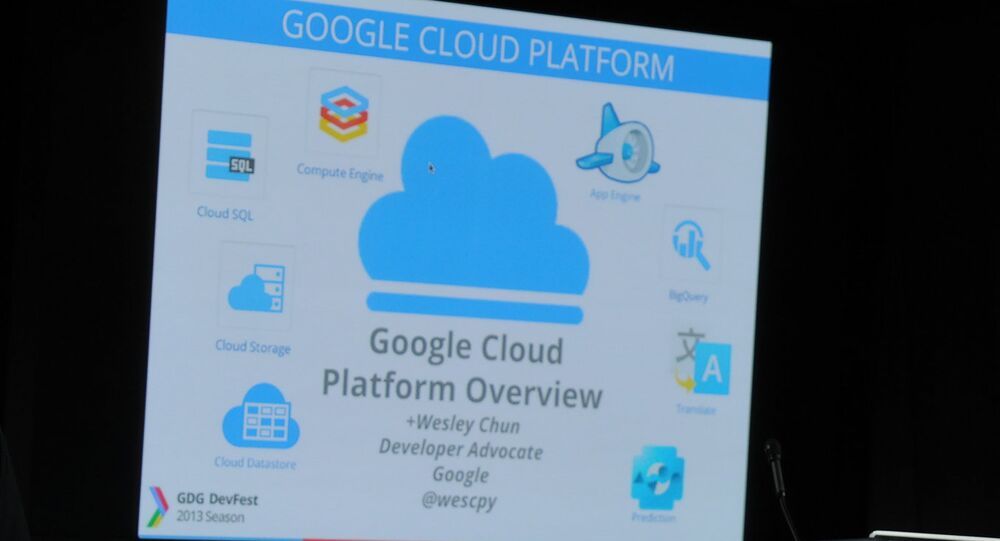 The reported executive order would fall in line with a number of recent Trump administration moves targeting Beijing over its ambitions in the global technology sector, and is seen as part of a protracted US-driven campaign against the Asian power, which allegedly poses the "greatest national security threat" to Washington.

The Trump administration is reportedly mulling an executive order that would potentially restrict the international operations of US cloud computing companies, according to sources cited by POLITICO.

The draft order would endow the Commerce Department with the powers to ban US cloud providers from entering partnerships with foreign cloud companies perceived as providing safe havens for hackers.

Accordingly, the US Commerce Secretary would, under certain circumstances, have the authority to prohibit those foreign providers from operating in the US, writes the outlet.

Touted as part of an effort to crack down on foreign cyberattacks, the move would impact the operations of US cloud computing giants such as Amazon and Microsoft.

The proposed directive is allegedly designed to deter ‘malicious foreign actors’ from manipulating the IaaS (infrastructure-as-a-service) providers to launch swift and anonymous cyberattacks, according to three cited sources familiar with the order, which is ostensibly not yet finalised.

“This isn’t something that would be routinely used. It would be an extraordinary measure… But it’s there also as a leverage point in bilateral relations… To know that that is there when you’re dealing with a country and trying to get them to participate in a mutual legal assistance treaty or law enforcement efforts or information-sharing efforts, it’s a useful tool to have there,” sources were quoted as saying.

The suggested order goes further than authorising restrictions, as it would also reportedly bring with it new reporting requirements.

The latter have been sparking concerns among US tech companies, as IaaS such as Google Cloud, Amazon Web Services or Oracle Cloud, which typically process or host data for third parties, would be required to maintain a log of the identities of foreign customers, say sources.

The US technology firms are concerned that an executive order of this nature could grant the government new power to interfere in their business transactions overseas, potentially impacting their dealings with many foreign governments, writes the publication.

Furthermore, reading “between the lines”, the suggested move might also be perceived as yet another potential broadside at China, which the US has been increasingly portraying as its "greatest national security threat".

The executive order would most impact firms with existing business in China. While refusing to acknowledge that the proposed executive order was prompted by China apprehensions alone, a source was cited as confirming the government holds “specific concerns” about Chinese hackers and cloud companies.

“Getting China to take seriously and follow up, investigate, and prosecute their own cyber crime in their own borders is a continuously challenging issue,” the official was cited as saying.

On Thursday senior agency officials met to discuss the order, writes the outlet.

Earlier, according to Axios, the US Commerce Department reached out to cloud companies for their feedback on the proposal, with the firms cited as expressing concerns that it might fracture relationships with other countries, with some of them potentially retaliating.

Nevertheless, officials within the current administration are said to be eager to have the order ready for Trump’s signing before the end of the year, ahead of a potential takeover of the White House by projected president-elect Joe Biden’s administration.

The report comes as Washington has been expanding its measures targeting Beijing, accompanied by a ramped-up dose of rhetoric slamming “malign activities” of China that ostensibly range from physical violence to espionage to exert influence outside of the Asian powerhouse’s borders.

The US State Department announced on 4 November that it was curtailing five cultural exchange programmes with China, slamming them as "soft power propaganda tools".

On Friday, the US imposed new sanctions, including visa restrictions, on Chinese officials for allegedly participating in coercive influence activities around the world.

Earlier, the US Director of National Intelligence (DNI) John Ratcliffe published an opinion piece in The Wall Street Journal on 3 December, referring to China as the "greatest threat to democracy and freedom worldwide since World War II".

US-China relations have been spiralling on allegations driven by the Trump administration.

The US launched a trade war with Beijing over allegations of unfair trading practices, while also blacklisting over 70 Chinese tech firms, including Huawei Technologies, ZTE and SMIC in May last year, citing national security concerns.

The spying allegations have been rejected multiple times by the targeted companies and Beijing.

US Pulls the Plug on Exchange Programmes with China, Slamming them as ‘Soft Propaganda Tools’