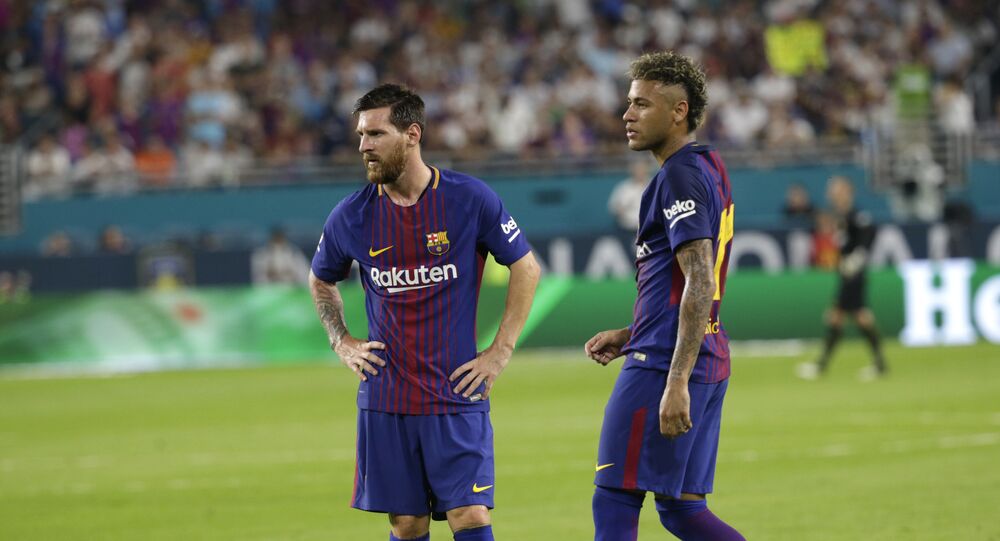 Neymar Looking to Reunite With Messi Next Season

FC Barcelona signed Neymar from Santos in 2013 on an €88.2 million transfer fee. The Brazilian forward scored 68 goals and made 123 appearances for Blaugranes and helped the team win three La Liga titles, the Copa Del Ray, and UEFA Champions League.

Neymar Jr. has confirmed he would like to play on the same team as Messi again, ESPN cited the PSG forward as saying.

"He can play in my place; I have no problem with that! But I want to play with him next year, for sure. We have to do it next season", Neymar said.

Media outlets speculated that both Neymar and Messi would leave their clubs this summer. The Brazilian football player reportedly could not agree on new terms of his contract with Paris Saint-Germain, complaining about the club’s status and his prospects in Paris. Although Neymar has been linked with a move back to Barca, he is unlikely to return, as the Spanish Treasury has accused him of tax evasion.

As Leo Messi remains a key player and captain of Barcelona, transfer rumours continue to float around over a potential bid by Manchester City for the six-time Ballon d'Or winner in January after failing to get him in the last transfer window.

This summer, Messi repeatedly voiced his intention to leave Camp Nou, but later decided to stay with the club.