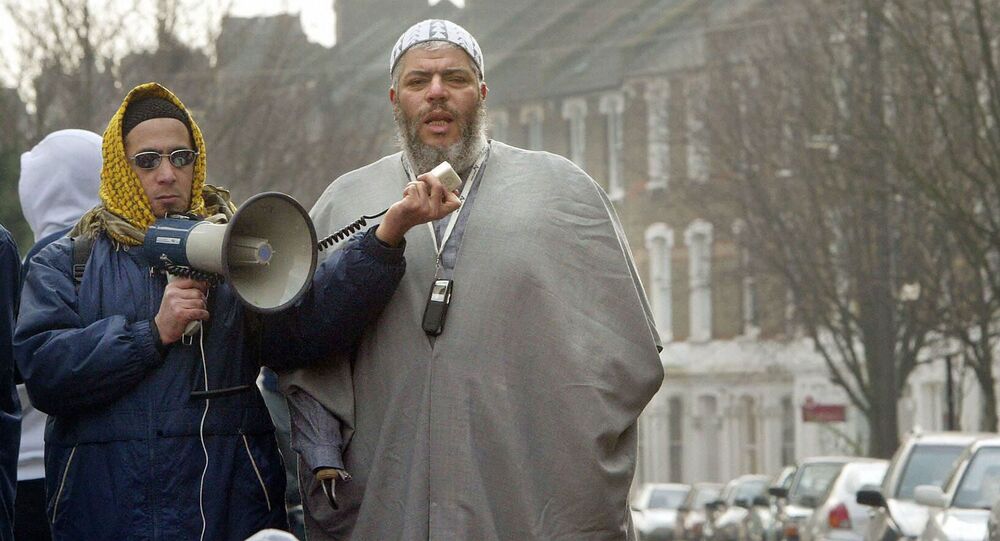 As 13 Jamaicans Are Kicked Out By UK, What Are The Most Controversial Deportations In History?

The British government has adopted a "hostile environment" since 2012 when the then Home Secretary Theresa May got tough on foreign nationals who overstayed visas or got convicted of crimes. Several Labour MPs have objected to the deportation of people to Jamaica.

The Home Office has confirmed 13 deportees were on a flight which took off for Jamaica early on Wednesday, 2 December.

The Independent reported several of those who were due to be deported were not on the flight, including a 30-year-old man who came to the UK aged 11, was convicted of drug offences in 2019 but was believed to have been manipulated by county lines drug gangs.

I have written to the Home Secretary to express my concern about the imminent deportation flight to Jamaica that is scheduled for Wednesday.

We need an end to the 'hostile environment' and to treat people with humanity, respect and consideration. pic.twitter.com/2tdiqHUVaT

​In February, when the UK government deported up to 50 people to the Caribbean, immigration lawyer Jacqui McKenzie told Sputnik the government was "playing to the gallery" because "being tough on migration is popular."

Sometimes deportations are popular but often not, depending on the person or people on the sharp end, and history is not always kind to those who carry out the deportation.

Its laughable but Diane Abbott called the deportation flight of 28 criminals back to Jamaica as "cruel" because we are weeks from Christmas. Another 69 Labour MPs agreed. These vile wrong uns had served 228 years plus a life sentence between them. Labour never learn do they.

In October 2014 a US Marine, Lance Corporal Joseph Scott Pemberton, met Jennifer Laude at a bar in Olongapo, in the Philippines, and agreed to go with her to a nearby motel.

After discovering she was a transgender woman he reacted angrily, strangling her and leaving her head in the motel room’s toilet.

Pemberton, whose ship was based at the nearby Subic Bay naval base, was convicted of murder and jailed for life.

But in September this year President Rodrigo Duterte suddenly granted him an “absolute and unconditional” pardon and agreed to deport him immediately.

Pemberton, who said he was “extremely grateful” to President Duterte, was escorted to Manila airport in handcuffs and a face mask and was put on a US military plane.

Renato Reyes, secretary-general of the opposition BAYAN movement, criticised Duterte and said: "The Philippine president has restored the VFA (Visiting Forces Agreement) to please the Americans. He has gone even further by pardoning Pemberton who was the subject of special treatment under the VFA. So much for claims of having an independent foreign policy. The US government had its way again on this issue."

In 1955 the President, Dwight D. Eisenhower, decided to carry out the biggest mass deportation in US history.

Up to 1.3 million undocumented migrants, most of them Mexicans, were considered persona non grata.

Eisenhower’s administration called it Operation Wetback - an offensive term for Mexican migrants who had crossed the Rio Grande.

Many were picked up, carted back to the border and unceremoniously dumped on the Mexican side.

Three planes a week took Mexicans from Chicago to Mexico and many thousands were put on boats from Texas.

In the subsequent decades many of these deportees drifted back to the US.

Abu Hamza al-Masri was born in Egypt but came to Britain in 1979 to study civil engineering.

Known as a womaniser and frequenter of nightclubs in the 1980s, he began to drift towards radical Islam in the early 1990s and reportedly fought in Bosnia-Herzegovina during the conflict with ethnic Serbs.

He lost an eye and a hand in an explosion either in Afghanistan or Pakistan and returned to the UK, where he became an imam at the Finsbury Park mosque in north London.

Wearing a hook and an eyepatch and spouting extremist Islamic views, he soon became the focus of attention from both the tabloid press and MI5.

Very happy to confirm that an injunction has been granted against the removal of a Jamaican national facing deportation by charter flight tomorrow. He is overjoyed as is his family. I drafted the grounds on a Pro Bono basis. Happy to assist others @BellaSankey @JacquiMckenzie6

​In 2004 he was detained and two years later he was jailed for seven years for “inciting violence and racial hatred.”

When his term of imprisonment in the UK ended he was extradited to the US, convicted of terrorist offences and jailed for life. He was also stripped of his British citizenship.

Abu Hamza, 62, is currently in a supermax prison in Florence, Colorado.

Omar Mahmoud Othman - better known as Abu Qatada - arrived in the UK from Jordan on a false passport in 1993 and claimed asylum.

He was convicted of absentia in Jordan and was detained for terrorist offences in the UK in 2002.

Abu Qatada’s lawyers fought a long battle against deportation and in November 2012 the Special Immigration Appeals Commission upheld his appealed and released him on conditional bail.

But the coalition government appealed and in July 2013 he was finally deported back to Jordan after both countries signed a deal that evidence obtained through torture would not be used against him.

Abu Qatada was put on trial in Jordan in 2014 but was found not guilty. His current whereabouts are unknown.

In June 2010 Anna Chapman and nine Russian individuals were arrested by the FBI on suspicion of carrying out espionage.

Born Anya Kushchenko, the daughter of a Russian diplomat, she married a British man, Alex Chapman, in 2002.

She moved to New York in February 2010 and started up a recruitment agency.

But after her arrest she was deported from the US and was included in a group of 10 Russian agents who were swapped for four convicted US intelligence agents in Vienna on 9 July 2010.

Among the four US agents were ex-GRU agent Sergei Skripal, who was poisoned with novichok in Salisbury, England, in March 2018.

Ms Chapman was also stripped of her British citizenship by the Home Office.

One of the most colourful characters in the 20th century was born Ignácz Trebitsch, to an Orthodox Jewish family in Hungary.

After leaving school he became a petty thief and, after stealing a gold watch, fled Budapest and came to London.

He converted to Christianity, changed his name to Ignatius Trebitsch-Lincoln and then managed to persuade the Archbishop of Canterbury to appoint him as a vicar in a village in Kent.

Trebitsch-Lincoln soon bored of preaching the gospel and in 1909 managed to persuade the Liberal Party to let him be their candidate in Darlington.

He was elected as MP for Darlington in January 1910 but lost the seat 11 months later.

When the First World War broke out Trebitsch-Lincoln offered his services as a spy first to the British and then to the Germans.

Neither side trusted him and in December 1918 his British citizenship was revoked and he was deported to post-war Germany.

Trebitsch-Lincoln wandered the world as a conman and self-publicist, converting to Buddhism in the 1930s and dying mysteriously in Shanghai in 1943.

In March 1972 former Beatle John Lennon and his Japanese wife Yoko Ono answered a knock on the door of their New York apartment.

They refused to open the door to officials with deportation papers, who instead slipped them under the door.

Lennon, a British national, had been convicted of possession of marijuana in London in 1968 and the US officials argued he should never have been let into the country with that conviction.

The celebrity pair recruited several high profile friends to write letters to President Richard Nixon to allow them to stay.

Nixon was not a fan of Lennon, his music or his hippie view of the world, and in 1973 he gave him 60 days to leave the US.

But the Watergate scandal intervened and in October 1975 a panel of judges ruled the possession charge was not an impediment to Lennon staying and he was awarded a green card the following year.

Ono was granted permanent residence but in December 1980 Lennon was shot dead by assassin Mark Chapman.