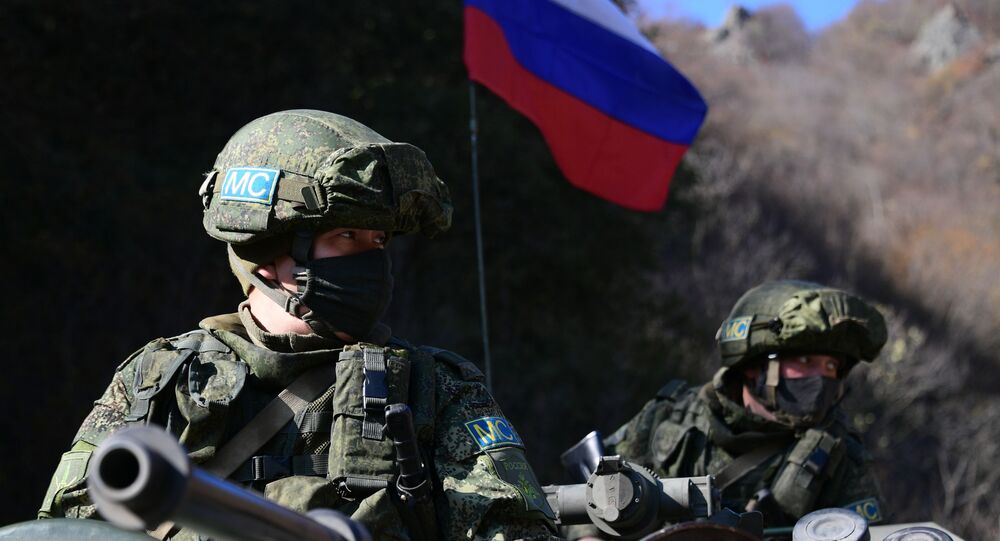 Last month, Moscow, Yerevan, and Baku signed a joint statement on the cessation of hostilities in Nagorno-Karabakh after a military conflict between Armenia and Azerbaijan hit the region.

According to Azerbaijani President Ilham Aliyev, the ceasefire in Karabakh is generally being adhered to, but there are attempts to undermine the trilateral agreement. He stressed that any interference in the situation will meet a tough stance from Baku.

The president also announced that Baku had regained control over the Lachin District "without a single shot fired". At the same time, the Lachin corridor, which joins Armenia and the self-proclaimed Nagorno-Karabakh Republic is under the control of Russian peacekeepers.

Aliyev also noted that his Russian and Turkish counterparts are in favour of creating a corridor joining the Azerbaijani enclave of Nakhchivan with the western part of the country.

Nagorno-Karabakh, an Armenian-majority region, declared its independence from Azerbaijan following a referendum in 1991, citing discrimination against Armenians. This resulted in a war between Baku and Yerevan that only ended in 1994, as both sides agreed on a ceasefire, and the hostilities remained frozen.

The decades-old conflict reignited into a large-scale military confrontation on 27 September, when Armenia and Azerbaijan accused each other of launching artillery, missile, and airstrikes in the breakaway republic.