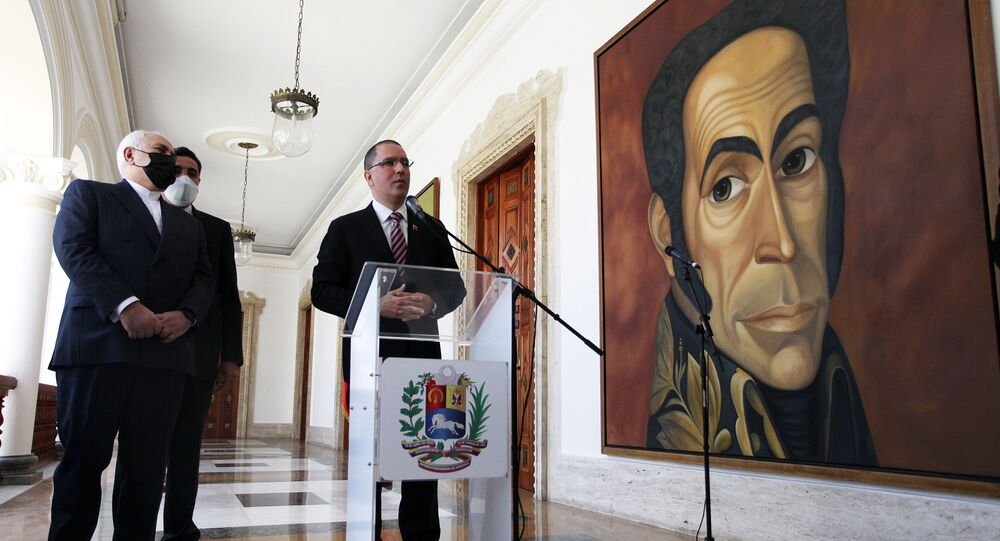 MOSCOW (Sputnik) - Caracas considers the recent US sanctions against the China National Electronic Import-Export Company (CEIEC) an attempt to destabilize the situation ahead of elections, according to a Venezuelan Foreign Ministry statement.

"The government of the Bolivarian Republic of Venezuela once again denounces before the international community, the illegal actions of the government of the United States of America in its incessant obsession to destabilize Venezuelan society, precisely on the eve of the upcoming parliamentary elections, by imposing arbitrary coercive measures against the Chinese technology company CEIEC, thereby trying to affect projects for the well-being of Venezuelans," according to the Monday statement from Caracas.

Earlier on Monday, the US Treasury Department said that the US is accusing the CEIEC for aiding the Venezuelan government in restricting internet access to its population and conducting surveillance on its citizens.

The Chinese technology company has been supporting the Venezuelan government's cyber efforts since 2017, according to the US Treasury Department, which claims that Beijing uses similar technology, dubbed a "Great Firewall," to prevent the dissemination of opposing political information.