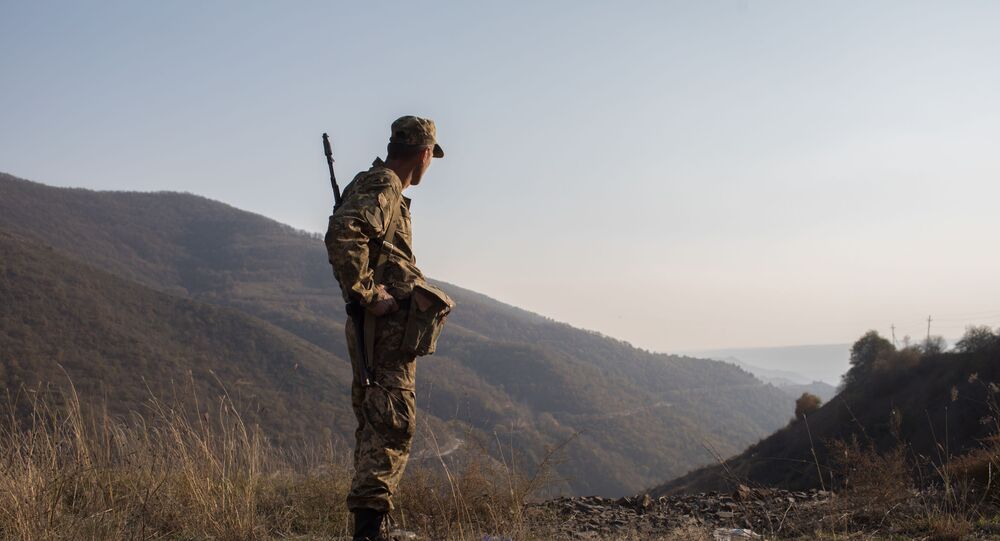 YEREVAN (Sputnik) - The Armenian prosecutor's office said on Monday it had opened a criminal case under article "terrorism sponsoring" after accusing Turkey of transferring terrorist organisations to Azerbaijan to take part in hostilities during the conflict in Karabakh.

"Since September 27, more than 2,000 mercenaries of Sultan Suleiman Shah/Al-Amshat and Sultan Murad groups have been involved in pre-planned, coordinated and purposeful military actions against the Republic of Artsakh [Karabakh's self-name] within the ranks of Azerbaijani Armed Forces. On the basis of the above, a new criminal case has been initiated in the central military prosecutor's office of Armenia under the article 'terrorism-sponsoring by a group of persons in a preliminary conspiracy or by an organized group,'" the statement says.

According to the Armenian prosecutor's office, "for the implementation of terrorist activities in Armenia and Karabakh ... the responsible officials of the military-political leadership of Turkey ... provided appropriate financial resources, as well as weapons and ammunition to the international terrorist groups Sultan Suleiman Shah/Al-Amshat, Sukur, Al-Khamzat, Sultan Murad; chosen members of the mercenary terrorist groups to ensure their unhindered passage across the border of Syria and Turkey to the territory of Azerbaijan."