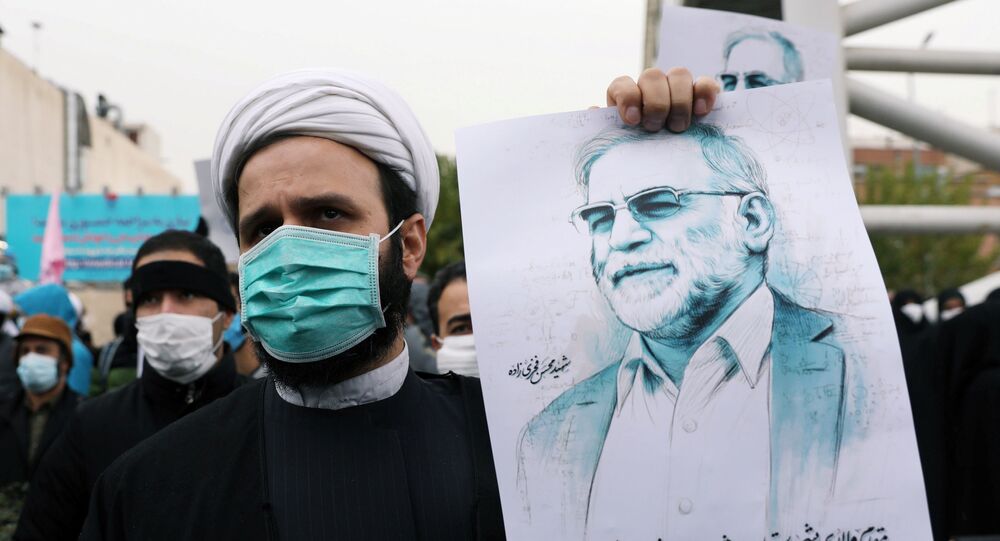 BEIRUT/MOSCOW (Sputnik) – The Lebanese Foreign Ministry on Monday condemned the assassination of Iranian nuclear scientist Mohsen Fakhrizadeh and called upon all sides involved in the case to show maximum restraint to avoid the escalation of regional tensions.

The top-ranking physicist was killed in an attack near the northern Iranian town of Absard on Friday, reportedly by a remote-controlled machine gun after leaving his armored car. The assassination came two days before the 10th anniversary of the death of another Iranian nuclear physicist, Majid Shahriari. Tehran said there were signs of Israel's involvement.

"The Ministry of Foreign Affairs has condemned the murder of Iranian nuclear scientist Mohsen Fakhrizadeh occurred on November 27 and called on all parties to exercise maximum restraint to avoid slipping into the worst-case scenario in the region," the ministry said in a Twitter post.

Unacceptable and criminal by international law and all international conventions, such actions only fuel conflicts and incite instability, Beirut added.

The ministry extended condolences to Iran, including its government and people, as well as to the families of the victims in connection with the matter.

Alongside Beirut, Abu Dhabi also denounced earlier in the day Fakhrizadeh’s "heinous" killing and highlighted the importance of preventing actions that may result in the escalation and eventually threaten the stability of the entire region.

Iranian Foreign Minister Mohammad Javad Zarif said there were indications of Israel's role in the incident and called on the international community to condemn the act. President Hassan Rouhani said that the crime would not go unanswered.

Israeli Prime Minister Benjamin Netanyahu's office told Sputnik that it would not comment on the Iranian statements regarding Israel's alleged role in Fakhrizadeh's assassination.