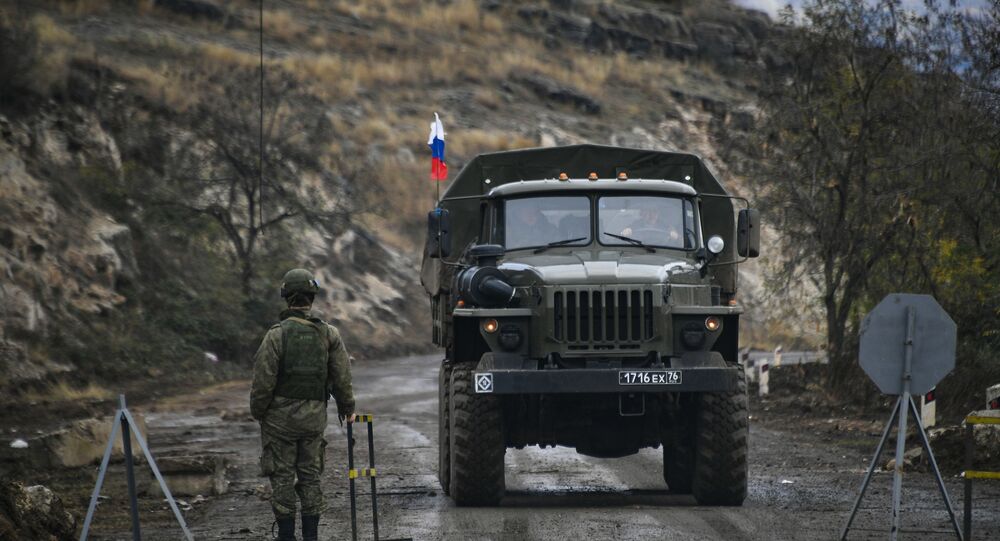 MOSCOW (Sputnik) - Medical specialists of the Russian Eastern Military District have started to arrive in Nagorno-Karabakh, more than 60 Russian medics are now present in Stepanakert, the Russian Defence Ministry says.

"The first units of the special medical forces detachment of the Eastern Military District have arrived in the capital of Nagorno-Karabakh, Stepanakert, to provide assistance to the local population," the ministry said in a statement.

According to the release, the first unit consists of over 60 military surgeons, anesthesiologists-resuscitators, therapists and epidemiologists.

Il-76 airlifters are being used to bring Russian medical specialists to Nagorno-Karabakh, according to the Russian Defence Ministry.

On Wednesday, the Russian Defence Ministry said that Russian military medical specialists were heading from the Far East to Nagorno-Karabakh to provide assistance to the local population.

© Sputnik /
French Envoy Summoned to Azerbaijani Foreign Ministry, Receives Note of Protest Over Karabakh Move
On Thursday, an additional team of Russian emergency workers, including rescuers and specialists from the Russian Energy Ministry, arrived in Stepanakert to help local residents.

Earlier this week, Russian military engineers arrived in Nagorno-Karabakh to assist with mine clearance in the regions that have been most affected by the recent hostilities.

Earlier this month, Russian President Vladimir Putin, Armenian Prime Minister Nikol Pashinyan and the president of Azerbaijan, Ilham Aliyev, signed a joint statement on the cessation of hostilities in Nagorno-Karabakh. The ceasefire agreement paved the way for the deployment of Russian peacekeepers to the region.

The decades-old conflict escalated into large-scale fighting on 27 September, when Armenia and Azerbaijan accused each other of launching artillery, missile, and air strikes in Nagorno-Karabakh, an Armenian-majority region, where tensions have persisted since 1988 and finally led to the region declaring independence from Azerbaijan amid the breakup of the Soviet Union in 1991.