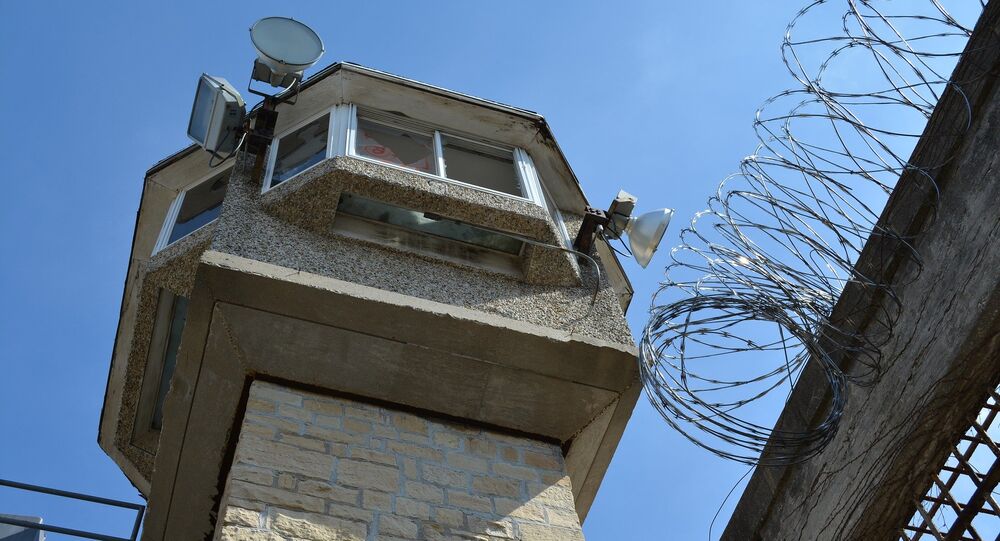 The incident happened after 'several hundred inmates grouped together around staff and refused to disperse'. Corrections officers deployed 'nonlethal munitions' including pepper balls and rubber bullets but it remains unclear what caused the riot itself.

A riot involving several hundred prisoners broke out at an Arizona jail where guards deployed 'nonlethal munitions' including pepper balls and rubber bullets into the crowd.

The riot broke out at Eyman prison’s Cook Unit in Florence, near Phoenix after 'several hundred inmates grouped together around staff and refused to disperse,' according to Arizona Department of Corrections spokeswoman Judy Keane, as quoted by the Daily Mail.

Inmates were reportedly zip-tied and held on a yard as prison officials searched the prison, according to tweets reportedly emanating from inmates' relatives.

​Inmates also reported that windows were broken on the property in the riot, according to the outlet.

'They came in with tear gas, flash bangs, pepper spray, and started shooting them at everyone. It was basically a war zone,' one inmate said.

'The Designated Armed Response Team (DART) and Tactical Support Unit (TSU) responded to the incident and deployed nonlethal munitions to gain inmates' compliance with instructions and secure the inmates inside their dorms,' Keane said.

There were no reports of injuries among inmates or staff but the prison unit was locked down for further investigations to take place.

It was not clear what prompted the riot but local radio station KJZZ said inmates were unhappy with the conditions at the prison.

Some took to social media to express their shock over the incident.