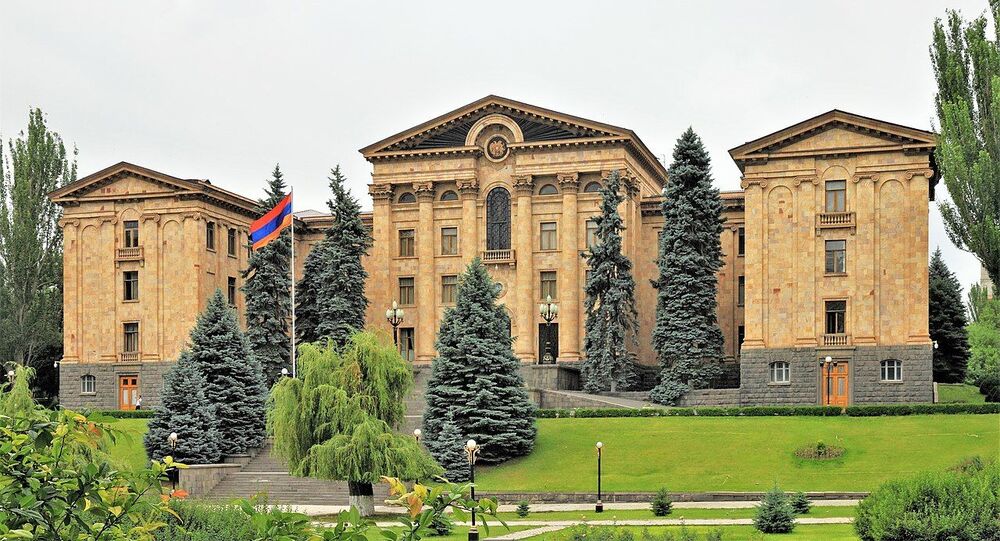 Earlier in the day, lawmakers gathered to discuss the possibility of lifting martial law, which was imposed on 27 September amid active hostilities in Nagorno-Karabakh.

© Sputnik / MFA Russia
Armenian Foreign Minister Discusses Situation in Karabakh With OSCE Minsk Group Co-Chairs
w in the country that has been in effect for nearly two months.

Some 56 lawmakers voted against the draft bill, while 36 supported it. Two members of the parliament abstained from voting.

The initiative to lift the martial law was proposed by the two opposition factions in the legislative body.

Earlier, one member of the opposition Bright Armenia party Gevorg Gorgisyan stated that martial law is no longer required given the present circumstances, yet it restricts certain democratic rights.

A member of the other opposition faction from the Prosperous Armenia party previously stated that an impeachment of Prime Minister Nikol Pashinyan should be the first step on the agenda after martial law is lifted.

On 10 November, the leaders of Russia, Azerbaijan and Armenia — Vladimir Putin, Ilham Aliyev and Nikol Pashinyan, respectively — signed a joint statement on the complete cessation of hostilities in unrecognised Nagorno-Karabakh. According to the statement, Armenia and Azerbaijan stop at their occupied positions, then a number of areas come under Baku's control, the sides exchange prisoners; Russian peacekeepers are deployed along the contact line and the Lachin corridor connecting Karabakh with Armenia.

The opposition has been accusing Pashinyan of signing the agreement which they see as disadvantageous to the Armenian side.