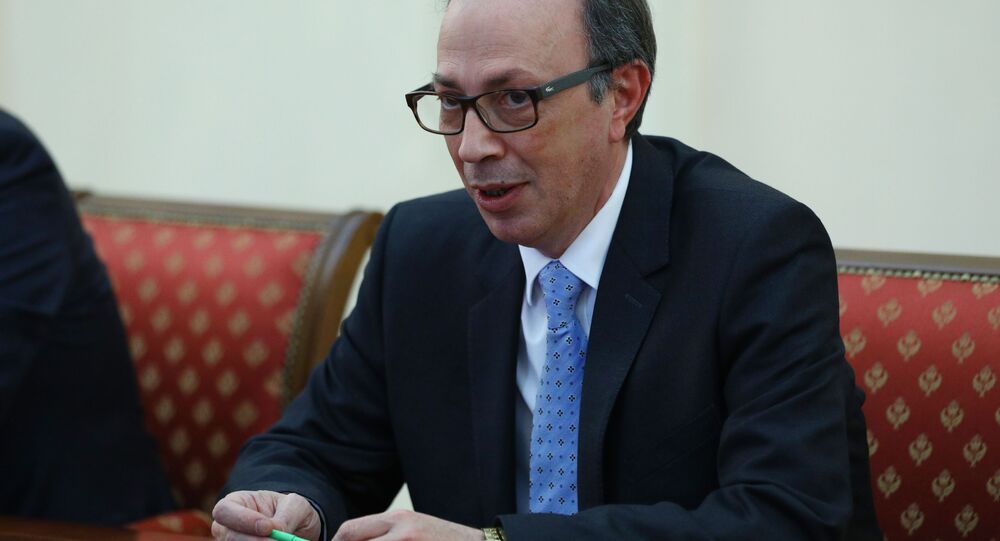 Ayvazyan stressed the need to continue the co-chairmanship of the OSCE Minsk Group, as it is the only format with an international mediation mandate, the statement said.

"Ayvazyan stressed the importance of establishing a regime of cessation of hostilities in the zone of the Nagorno-Karabakh conflict and the deployment of peacekeepers in Artsakh [Karabakh]," the statement posted on the ministry's website says.

© Sputnik / Maxim Blinov
25,000 People Have Already Returned to Nagorno-Karabakh in 5 Days, NKR President Says
According to the ministry, the foreign minister and international mediators discussed issues related to the protection of the interests of Karabakh Armenians in the context of the humanitarian crisis and restoration of their rights, emphasizing in this context the need to involve representatives of relevant international organizations in the work.

"The interlocutors exchanged views on issues related to the Nagorno-Karabakh peace process and the upcoming work schedule of the co-chairs," the Foreign Ministry said.

On November 10, the leaders of Russia, Azerbaijan and Armenia - Vladimir Putin, Ilham Aliyev and Nikol Pashinyan - signed a joint statement on the complete cessation of hostilities in unrecognized Nagorno-Karabakh. According to the statement, Armenia and Azerbaijan agreed to stop at their occupied positions, then a number of areas are to come under Baku's control, and prisoners are to be exchanged between the two sides; Russian peacekeepers are deployed along the contact line and the Lachin corridor connecting Karabakh with Armenia.