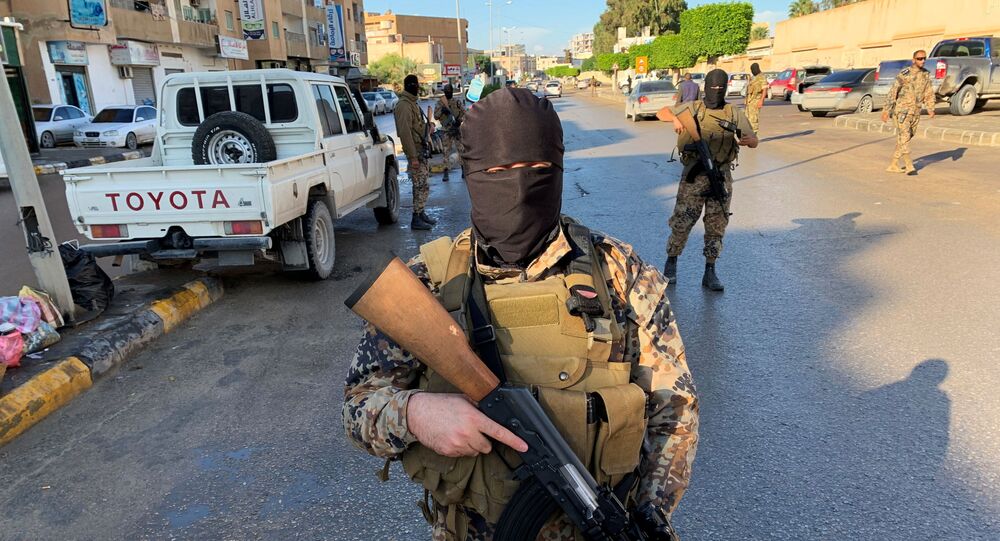 GENOA (Sputnik) - Italian Foreign Minister Luigi Di Maio on Wednesday called on the international community to stop foreign interference in the Libyan crisis, noting that unilateral actions by Turkey in the Eastern Mediterranean has been affecting the situation in Libya.

"International community has a task of preventing foreign interference that might spoil this process. It is clear that for Italy stabilization in Libya and restoring the rule of law on its territory is a priority. In this connection, the issue of the assertiveness of Turkey in the Eastern Mediterranean has a political impact on Libya, as well as on Cyprus," Di Maio said at the opening of MED 2020 online conference, urging Ankara to refrain from unilateral action while emphasizing the need for an open dialogue with Turkey.

The foreign minister noted that Italy was present at the recent Libyan Political Dialogue Forum when important decisions about a roadmap for political settlement were taken.

"Now we have a roadmap towards the overall solution of the Libyan crisis with creation of the unified governance framework representing all the Libya regions, and with free parliamentary elections to be held on December 24," Di Maio said.

© CC BY 2.0 / Bryn Jones / Tripoli Panorama
Armed Group Unsuccessfully Tried to Enter HQ of Libya's National Oil Corporation
After the ouster and assassination of Libyan leader Muammar Gaddafi, Libya entered a period of a prolonged civil war. The country is currently divided between two centres of power — an elected parliament in the country's east, supported by the Libyan National Army and the UN-backed Libyan Government of National Accord in (GNA) the west.

Since late 2019, Ankara has been providing assistance to the GNA.

The Libyan crisis is not Turkey's only foreign policy venture as it is also involved in a bitter debate regarding the maritime borders in the Eastern Mediterranean with Cyprus and Greece.