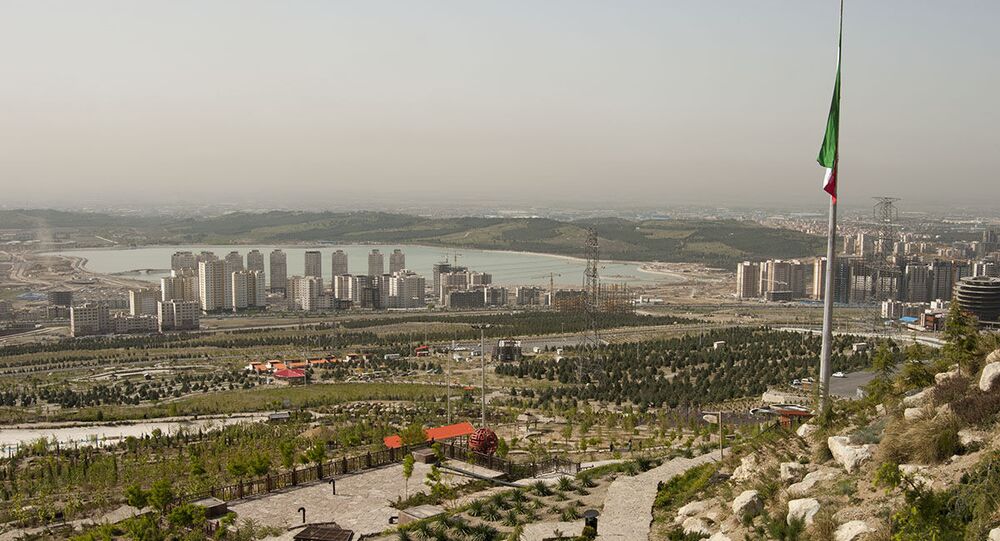 Expert: Effectiveness of US Sanctions on Iran Might Keep Them Intact and Military Strike at Bay

US sanctions imposed on Iran were meant to shake the country's economy and apply maximum pressure on Tehran, claims an Israeli expert. And given that they have been effective in achieving that goal, doubts run high as to whether they will be lifted that easily.

Although the official results of the US presidential race have not been announced yet, President Donald Trump has given the green light for a smooth transition of power, indicating that his days in the Oval Office are numbered.

One of the countries expected to be greatly impacted by that transition is Iran, which hopes that the new administration in Washington will be more cooperative when it comes to the Islamic Republic and its nuclear programme.

After President Trump took office in 2017 he rushed to leave the Joint Comprehensive Plan of Action, a landmark pact with Iran that guaranteed the West could continue to snoop into Tehran's nuclear programme in exchange for the lifting of sanctions.

Soon after that move, he also unloaded a number of heavy sanctions on the Islamic Republic aimed at crippling the country's economy.

Now, that Trump is set to leave the office at the end of January, US policy vis-a-vis Iran might take a U-turn, paving the way for a new era in relations between the two nations.

Sanctions as Tool to Keep Iran Down

But Middle East experts who spoke to Sputnik earlier this month were doubtful such a change will actually occur, especially given that it was part and parcel of US foreign policy to keep Iran down.

In Israel, Dr Ephraim Kam, a former deputy director of the Institute for National Security Studies and an expert on Iran's strategy in the Middle East, agrees with the assessment that US sanctions on the Islamic Republic were "effective in weakening" the government in Tehran.

And this is also the reason why they might remain intact even after the Trump administration hands over the keys to the new boss in Washington.

"Although America's 'maximum pressure policy' didn't speak of collapsing the regime, it did want to apply increasing pressure on that country [to weaken it]. The government in Tehran is sensitive to what's happening on the ground. For them, the concern is not only their economy but also the civil unrest that they are trying to prevent".

So far, Tehran has been successful in keeping public dissatisfaction at a low ebb, while suppressing those in disagreement with the government.

Such was the case with the Bloody November protests of 2019 when demonstrators across 200 Iranian cities took to the streets to express their frustration at the government's decision to raise fuel prices by 300 percent.

At the time, Reuters, who cited three anonymous Iranian officials, reported that the death toll stood at 1,500 people but the Iranian authorities claimed the numbers were much lower, approximately 250 people.

Even though the situation on the ground now seems to be quiet and the prospect of Biden taking office providing a ray of hope to the Iranian stock exchange, doubts run high as to whether this will be enough to keep the angry masses at home, especially as the country's economy is still suffering from the heavy burden of sanctions.

In 2019, the International Monetary Fund predicted that Iran's economy would shrink by 9.5 percent by the end of that year.

The outbreak of the coronavirus pandemic has only made the situation worse, leading to additional contraction of the Iranian economy, that according to some estimates will shrink by six percent by the end of 2020.

The strained economy, however, has not only had an impact on the nation's citizens and their well-being, but it's also affected Tehran's chances of carrying on with its nuclear programme - also crippled by the dire fiscal crisis.

"While those sanctions haven't been the main reason for Iran's inability to finish its nuclear project, America's pressure in the last 25 years was the lede factor", said Kam, suggesting that even if Biden does decide to lift them that it would certainly come at a price.

That price could potentially be a better deal with Iran on its nuclear programme. "The Americans know the disadvantages of the previous deal", said the expert, referring to the pact with Tehran not referring to its ballistic missile programme. It didn't inspect the nuclear sites tightly enough nor did it explain what limitations will be imposed on the Islamic Republic when that agreement ends.

"Biden knows that and he might be tough with the Iranians if these talks are renewed, [especially now] when Tehran has made important steps towards nuclear weapons during the last year".

Right now, as Iran is strangled with sanctions, Tehran seems to be inclined to sit down for talks with the new US administration, if it takes office at the end of January.

© AP Photo / Office of the Iranian Presidency
Iran’s President Hassan Rouhani Says US Has Failed at Its ‘Economic Terrorism’
But Kam is still hesitant about whether a breakthrough can actually occur, given the bad blood between the two nations.

"The Iranians don't trust the Americans so it will be interesting to see whether those talks will actually come to fruition. Negotiations might not even work but I doubt a military option will be on the table. Biden, who served as vice president under Barack Obama, understands the advantages of the sanctions and would rather prefer them over a military operation".