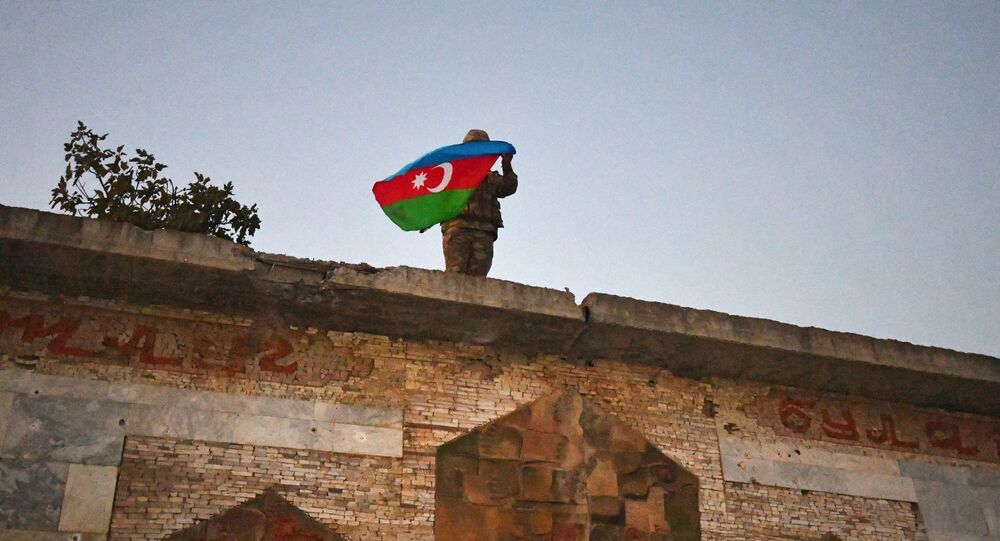 MOSCOW (Sputnik) - The Azerbaijani army entered the Kalbajar District left by the Armenian troops, the Azerbaijani Defense Ministry said in a statement on its website.

In order to ensure the movement of units in that direction, engineering work has been completed, demining is being carried out and heavy mountain roads are being prepared along the route of the movement of troops.

Earlier, Azerbaijani presidential aide Hikmet Hajiyev said that Azerbaijan had given Armenia additional ten days for the withdrawal of the Armed Forces and civilians from the Kalbajar District. The transfer of the area to Azerbaijan was scheduled for November 25.

Hajiyev said the Armenian side had asked for an additional time through Russia. Difficulties were related to the fact that only one road with limited capacity leads from the Kalbajar District to Armenia, and difficult weather conditions arose.

Kalbajar District is a part of Azerbaijan, where 99.5% of the population was ethnic Azerbaijanis, according to the census conducted in 1989. In April 1993, the region came under the control of the self-proclaimed Nagorno-Karabakh Republic as a result of military operations.

According to the agreement, Armenia and Azerbaijan had to end all hostilities, while a number of districts, including Kalbajar, came under the control of Baku; the sides exchange prisoners; Russian peacekeepers are deployed along the contact line and the Lachin corridor connecting Karabakh with Armenia.

The conflict in Nagorno-Karabakh began in February 1988, when the Nagorno-Karabakh Autonomous Region announced its secession from the Azerbaijani Soviet Socialist Republic. During an armed confrontation in 1992-1994, Azerbaijan lost control of Nagorno-Karabakh and its adjacent areas. Since 1992, talks were ongoing on peaceful settlement of the conflict with the mediation of the OSCE Minsk Group, led by Russia, the United States and France.