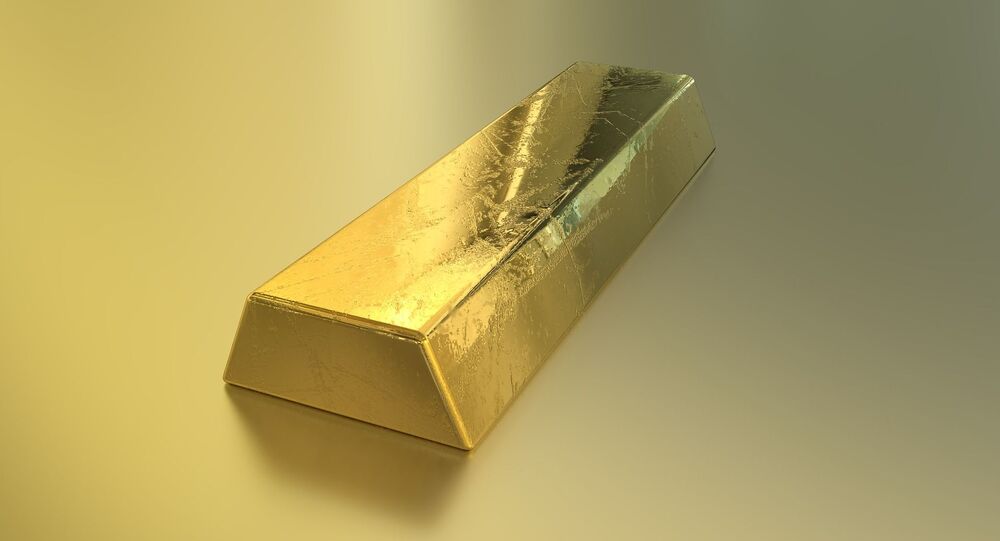 In September, the Federal Security Service of the Russian Federation reported that gold smugglers were arrested with 37 kg of gold bars valued at approximately $1.8 million. The smugglers worked as train drivers and reportedly transferred gold to the Chinese city of Manzhouli.

Russian customs officials have detained a lorry driver at the Russian-Chinese border post in the Zabaykalsky Krai region who was attempting to smuggle 2.5 kg of gold worth around $144,000 into China, the regional Bureau of Customs announced in a press release on Tuesday.

The truck was stopped at the Russia-China border checkpoint for a customs inspection. Seven gold bars were identified by the inspectors, as the unnamed driver tried to hide them under the dashboard. According to customs officials, the bars are believed to have been produced by hand, as no sign of ore processing was detected.

Authorities in Russia's Zabaykalsky Krai region have launched a criminal charge against the driver. The suspect is facing a seven-year jail term.

On 24 September, the Federal Security Service detained two train drivers who were accused of smuggling gold across the Russia-China border. Authorities suspected the drivers of trying to smuggle gold worth over $1.8 million from Russia to the northern Chinese city of Manzhouli.

Customs officials both in Russia and China regularly report cases of gold smuggling at the border. Last year, a Russian woman was detained with about 2 kg of gold taped to the bottoms of her feet.  The same year, a man tried to smuggle 10 gold bars across the border in his trousers. However, the most notorious case was reported in Nepal, where a 22-year-old Chinese man tried to smuggle gold by hiding the metal in his rectum. The suspect put the gold in a condom before concealing it. Local police managed to remove the metal from his body and detained him.