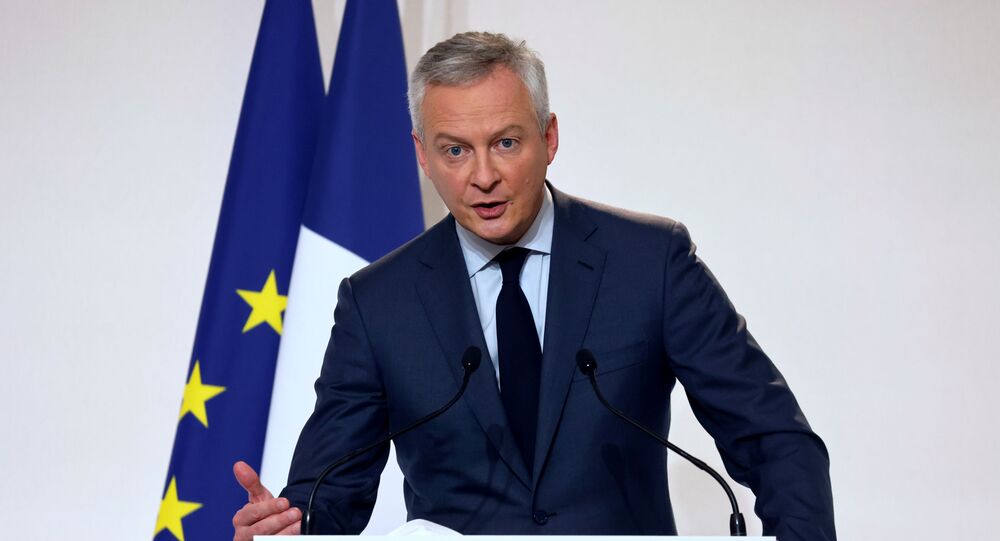 The issue has become a bone of contention between European countries and the Trump administration. Washington abandoned international talks on the subject and President Donald Trump even threatened to impose tariffs on European products if France and other countries tax US tech giants.

French Finance Minister Bruno Le Maire has revealed that he will press Joe Biden on a global digital tax. Le Maire expressed hope that Europe will be able to reach a compromise with the Democrat, who is projected to win the 2020 presidential election.

"One possibility of marking this new start would be to get a consensus at the OECD level by the beginning of 2021", the French minister said, adding that he intends to discuss a variety of issues, including trade and global economy, during his first contact with Biden, scheduled for 23 November.

The statement comes two months after Paris accused the Trump administration of attempting to hamper negotiations on how to deal with digital giants like Facebook and others.

The idea of an international agreement on digital taxes has been floating for some time in recent years, with officials expressing frustration over why companies like Google, which earned more than $160 billion last year, do not pay their taxes in the countries where they sell their services, but in tax havens or low-tax countries like Andorra.

Last year, the French government approved a 3 percent tax on revenue on companies with revenues of more than $28 million in France and companies with more than $890 million worldwide. The decision has attracted strong criticism from the Trump administration, with the president threatening to tax up to 100 percent of imported French products such as wine and cheese. Trump also threatened to impose tariffs on other European countries if they impose a digital tax, while Treasury Secretary Steven Mnuchin withdrew the United States from international talks on the issue. The White House has argued that the digital tax unfairly affects US companies.

"We have a situation where a variety of countries have decided that the easiest way to raise revenue is to tax somebody else’s companies and they happen to be ours”, said US Trade Representative Robert Lighthizer. "The United States will not let that happen".

At the beginning of the year, President Emmanuel Macron held lengthy talks with President Trump and the two agreed to extend talks on the issue in order to avoid tariffs.

Then came the coronavirus pandemic, which caused the worst economic recession since the Second World War and reignited the debate on a global digital tax. Paris said earlier this year that it would impose its own digital tax regardless of whether there is progress on a global agreement or not.

"Never has a digital tax been more legitimate and more necessary", Finance Minister Bruno Le Maire told journalists back in May.

Two months ago, the French finance minister said that the White House was blocking international talks on a global digital tax deal and noted that Europe should rely on its own tax agreement if the international community fails to adopt one.