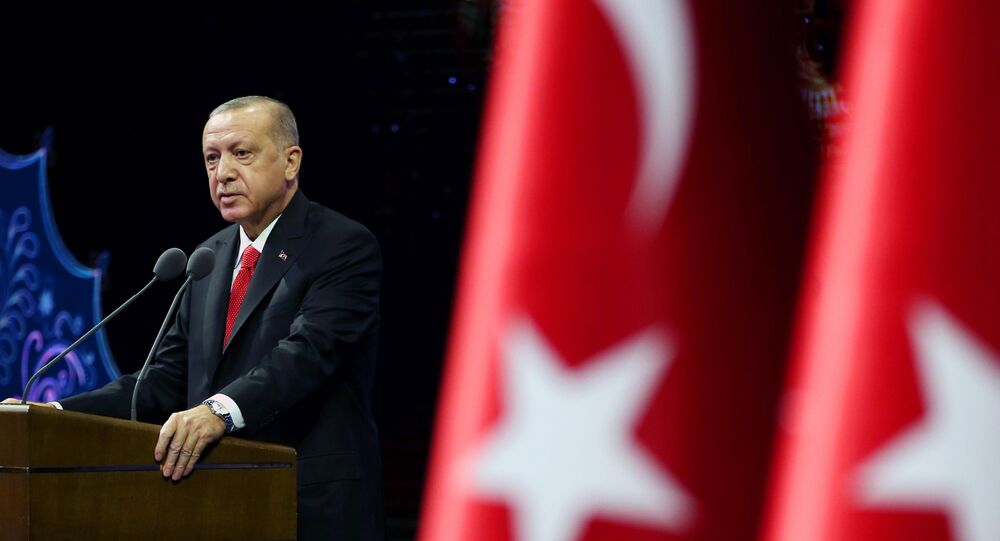 BERLIN, 23 November (Sputnik) - German authorities on Monday confirmed reports about the interruption of an inspection of a Turkish vessel suspected of smuggling weapons to Libya and said that EU leaders would discuss the incident at the December summit.

Protest erupted in Turkey’s government as the EU mission for controlling the embargo on arms supplies to Libya attempted to check a cargo ship sailing under a Turkish flag in the Mediterranean, a spokesman for the Turkish Foreign Ministry, Hami Aksoy, said Monday.

"As part of the questionable IRINI information, German military ship Hamburg checked the MV Roseline A, which, under the Turkish flag, was transporting paint and humanitarian aid from the Turkish port of Ambarli to Libya's Misrata", Aksoy said.

The vessel was stopped by Germany's Hamburg frigate. According to German officials, the inspection of the cargo ship failed as Turkey did not agree to the vessel being checked, and thus it was stopped.

On 19 November, German Foreign Minister Heiko Maas said that EU leaders could discuss potential sanctions against Turkey over its actions in the Eastern Mediterranean. As Turkey is continuing gas exploration in waters that Cyprus and Greece claim as their exclusive economic zones, the EU is expecting a difficult discussion at the upcoming summit of EU leaders in December, Maas said ahead of the meeting of foreign ministers.

Earlier this month, Erdogan visited the self-proclaimed Republic of Northern Cyprus and called for negotiations based on "two separate states". Following this statement, EU foreign policy chief Josep Borrell warned Erdogan that Turkey's behaviour was "widening its separation from [the] EU", and considered the recent actions made by the Turkish government to be contrary to United Nation resolutions.

IRINI was launched on 31 March to ensure that the UN embargo on arms supplies to the conflict-torn Libya is upheld. It conducts inspections of ships near the coast of Libya as well as uses aerial and satellite assets to monitor smuggling via aerial and land routes.