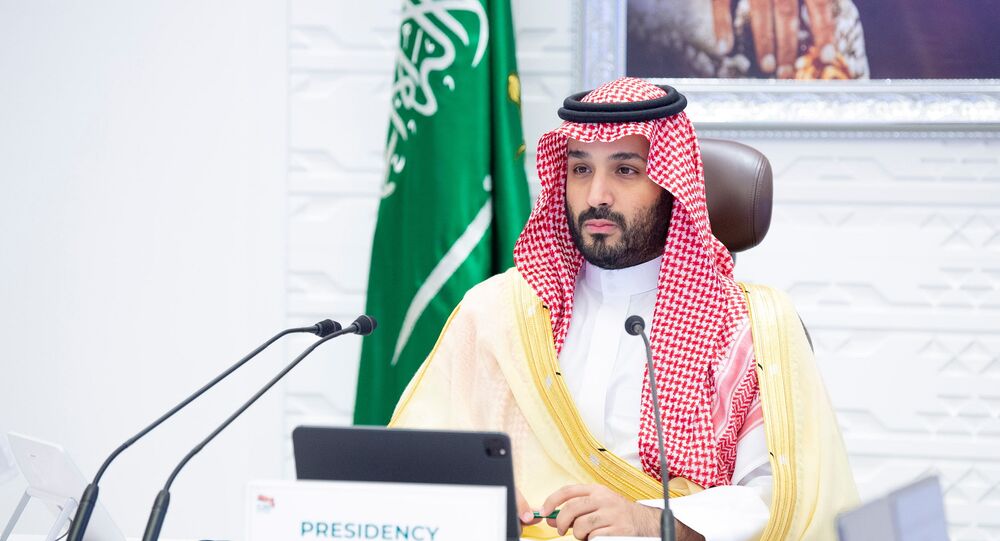 Media reports earlier emerged suggesting Israeli Prime Minister Benjamin Netanyahu had made an unannounced trip to see the Saudi crown prince, around the time he had been scheduled to meet US Secretary of State Secretary Mike Pompeo.

"I have seen press reports about a purported meeting between HRH the Crown Prince and Israeli officials during the recent visit by @SecPompeo. No such meeting occurred. The only officials present were American and Saudi”, bin Farhan tweeted Monday.

Earlier in the day, Israel's Army Radio reported citing an Israeli cabinet member, that Benjamin Netanyahu had made an unannounced trip to Saudi Arabia to meet the Gulf country's crown prince, Mohammed bin Salman, and US Secretary of State Mike Pompeo.

"The very fact the meeting happened and was outed publicly, even if half-officially right now, is a matter of great importance", Yoav Galant, a member of Netanyahu's security cabinet and his party Likud, told Israel’s Army Radio.

As per The Wall Street Journal citing its source, the leaders discussed several issues, including the normalisation of ties and Iran, but no substantial agreements were reached, one of the senior Saudi advisers familiar with the talks told the edition, adding the meeting lasted a couple of hours.

Hebrew-language reports, citing unnamed Israeli officials, reported that Netanyahu was accompanied by Yossi Cohen, the head of the country's spy agency Mossad. The Israeli prime minister's office has so far declined to comment on the matter.

Separately, flight tracking websites, universally cited on Twitter, showed a private jet, considered to have been previously used by Netanyahu, take off from Tel Aviv to the Saudi Red Sea city of Neom, where Prince Mohammed and Pompeo were to meet on Sunday night. The aircraft ostensibly remained in the city for a few hours before returning to Israel.

Pompeo was travelling with American reporters on his international trip but left them at the Neom Airport when he went into his visit with the crown prince.

Later, Pompeo tweeted that he had a "constructive visit" to Neom, a city in the Tabuk Province of northwestern Saudi Arabia, although he didn't mention the Israeli side.

"The United States and Saudi Arabia have come a long way since President Franklin Delano Roosevelt and King Abdul Aziz Al Saud first laid the foundation for our ties 75 years ago", he lauded the talks.

Pleasure to meet with Saudi Crown Prince Mohammed bin Salman. Our security and economic partnership is strong and we'll continue to harness it to advance efforts to counter malign Iranian influence in the Gulf, economic goals under the Vision 2030 plan, and human rights reform. pic.twitter.com/2Kt22Ne4vn

The alleged Sunday night visit was depicted by the media as marking the first meeting between the leaders of the long-time foes, as Israel has been striving for greater leverage in the Middle East despite universal backlash in the region over the Palestinian issue. Most recently, Israel clinched Washington-brokered deals with two other Gulf states, the United Arab Emirates and Bahrain.

US Secretary of State Mike Pompeo has since urged Saudi Arabia to follow in the said countries' footsteps and move to normalise its relations with Israel. Pompeo also lauded Riyadh's help in bringing Tel Aviv, Abu Dhabi, and Manama together.

"We hope Saudi Arabia will consider normalising its relationships as well, and we want to thank them for the assistance they've had in the success of the Abraham Accords so far", the secretary of state noted in October, thereby implying that the Saudis are the ultimate goal in the high-stakes diplomatic efforts.