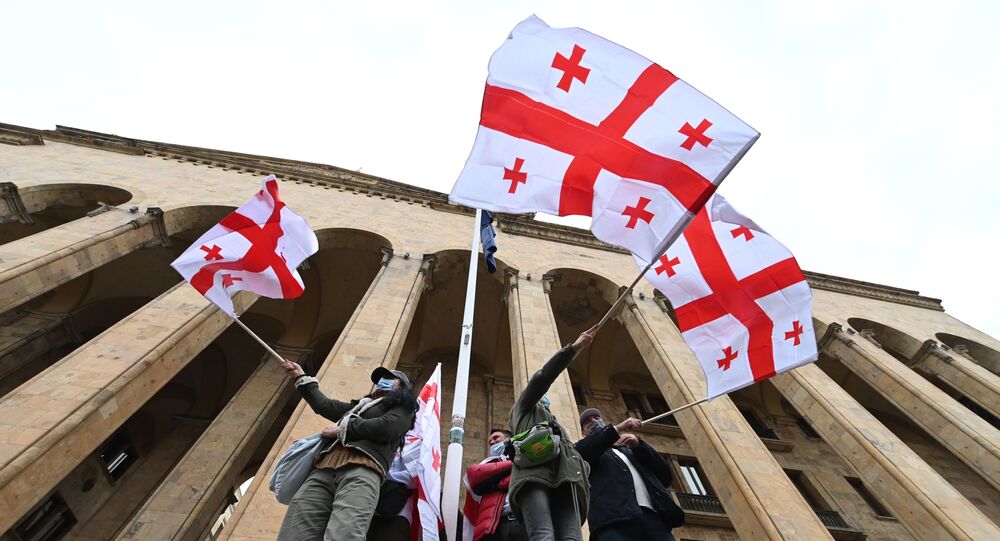 TBILISI (Sputnik) - Representatives of NGOs and members of the Lelo for Georgia opposition party's youth group have gathered in front of the residence of the ruling Georgian Dream party's founder, Bidzina Ivanishvili, on the day of the second round of parliamentary elections, and booed his house, according to the Georgian Rustavi 2 broadcaster.

Georgians on Saturday head to the polls to vote in 16 runoffs in the second system despite ongoing calls from the opposition to scrap the election results altogether.

According to the broadcaster, the activists are protesting, claiming that the authorities created unequal conditions for the opposition parties, as a result of which, they were forced to boycott the second round of elections.

Patrol police brigades have been deployed to the area of the residence, the broadcaster added.

The Caucasian nation has been in political turmoil since the parliamentary election, which took place under a newly reformed system, was disputed by the opposition and resulted in demonstrations.

The new electoral system, which itself was amended to the constitution following months of protests, introduced a mixed electoral system whereby 120 of the 150 seats in parliament are elected via a proportional system while the remaining 30 are allocated to party lists through a majoritarian system.

According to the Central Election Committee, after counting 100 percent of the votes of the October 31 parliamentary election, the ruling Georgian Dream party won with 48.22 percent. Since the opposition does not recognize the legitimacy of the election results, it refuses parliamentary mandates, demanding new parliamentary elections and the resignation of the head of the central election commission.

Meanwhile, Georgian Prime Minister Giorgi Gakharia said on Saturday that it is imperative to speak with the opposition and to “take responsibility” as part of building a democratic European state.

"Whatever the difference between us, we must learn to talk, learn to take responsibility and work together. This is an assignment from our electorate, and along with that, a European, democratic state is being built," the Prime Minister told reporters at a polling station in Tbilisi.