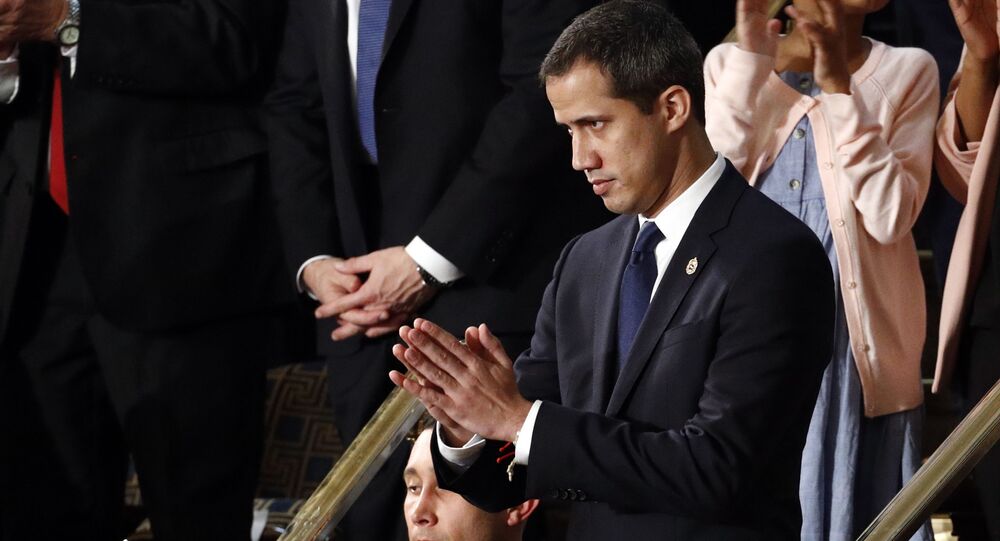 LONDON (Sputnik) – The UK judge presiding over the case of the Venezuelan gold in the Bank of England urged the legal team representing Venezuela's self-proclaimed president Juan Guaido to find “better excuses” for its failure to comply with a UK court order to pay for the legal costs of the appeal it lost in October.

This is according to a statement by Venezuela Central Bank (BCV) lawyers, which was obtained by Sputnik.

According to the London-based legal firm Zaiwalla & Co., Guaido’s lawyers sought to argue during an administrative hearing held on Thursday at the London Commercial High Court that they were unable to produce the £400.000 ($529.000) required because of the sanctions in place against Venezuela by the United States.

The BCV counsellor noted that the losing side only raised the issue of the sanctions after the October 20 payment deadline had passed, so judge Sara Cockerill warned them that they should find better excuses, or they will be in “all sort of trouble” for failing to comply with a UK court order.

“If the Guaidó Board wishes to involve themselves in litigation in the English Courts they have an obligation to comply with their Orders and Judgments. Simply ignoring decisions that go against you without making any efforts to comply cannot be tolerated in a free and equal judicial system, and we are pleased that Mrs Justice Cockerill has made this abundantly clear,” Sarosh Zaiwalla said, as quoted in the statement.

The legal battle for the gold began after Guaido declared himself an interim president in the wake of public protests in Venezuela back in January 2019. After that, the Bank of England refused to fulfill a request made by the BCV to have access to the gold bullion, valued at an estimated $1.2 billion, to buy medicines and equipment to tackle the COVID-19 pandemic, claiming there was a lack of clarity as to who was ruling Venezuela.

After the BCV took the Bank of England to trial, the UK Commercial Court ruled in July against the board appointed by Venezuela´s constitutional President Nicolas Maduro, as the judge presiding over the case then said that since Guaido had been "unequivocally" recognized by the United Kingdom as the president of Venezuela, following a statement made by then-Foreign Secretary Jeremy Hunt in 2019, his ad hoc administrative board had a right over the gold.

On October 5, the Court of Appeals overturned that ruling and directed the high court to conduct a detailed factual inquiry to determine whether the UK government recognizes that Maduro does indeed continue to exercise de facto powers of head of state and government in the South American nation.