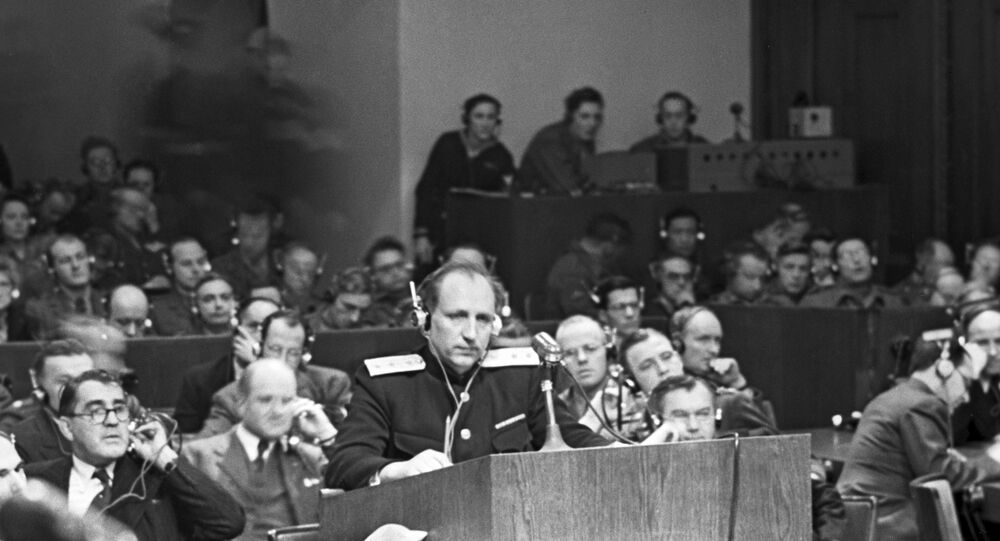 MOSCOW (Sputnik) - The Russian Historical Society plans to hold exhibitions in Europe that will focus on the Nuremberg trials - a series of military tribunals held after WW II to prosecute the top officials of Nazi Germany who committed war crimes, Konstantin Mogilevsky, the Executive Director of History of the Fatherland foundation, said.

"Next year, the exhibition will be presented in all the European states. We focus on the European countries because the knowledge on the war history, crimes committed by the Nazis, and the punishment, which they faced, is in demand in all states, despite the role they played in the war,"  said.

Mogilevsky said that the foundation has already decided on the materials to exhibit, adding that the project would be facilitated by both the Russian embassies and foundation's partners.

"We along with Rosarkhiv [Russian federal authority for archives] have almost completed the selection of the materials for this exhibition – documents and photographs, annotations for them are being translated to all European languages," Mogilevsky said.

This year, the Russian Historical Society initiated a scientific and educational project dedicated to the 75th anniversary of the Nuremberg trials, which were held from November 20, 1945, to October 1, 1946. On 20-21 November, the society will hold a forum titled "Lessons of Nuremberg in the Museum of the Great Patriotic War in Moscow". The forum will focus on the many Nazi criminals that escaped punishment after the war.

The RIA Novosti news agency has endorsed the initiative and launched a multimedia historical project titled Nuremberg. Casus Pacis, which is available on nuremberg.media in English, German, French and Russian. The project presents information on the tribunal, based on unique documents, photographs and videos.