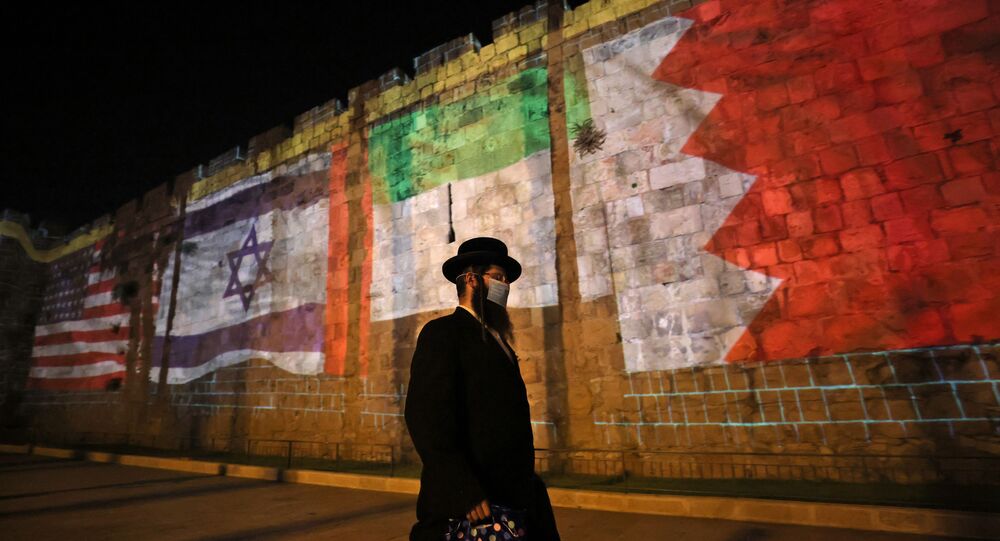 Manama joined Abu Dhabi in formally recognizing Israel in a deal orchestrated by the United States and signed at the White House in mid-September.

The Palestinians are sending ambassadors back to the United Arab Emirates and Bahrain after recalling them in protest against the Gulf countries' US-mediated deals that established diplomatic ties with Israel, media cited a Palestinian official as saying Wednesday.

On 15 September, Bahrain followed in the footsteps of the United Arab Emirates (UAE) in setting up a formal relationship with Israel, signing a landmark deal commonly referred to as the Abraham Accords.

Weeks later, in October, high-profile Israeli and US officials as part of their respective delegations travelled to Bahrain, where they signed a string of memorandums on cooperation in the areas of economy, energy, and aviation, among others.

On the first official visit by Bahraini officials to Israel on 18 November, the Gulf kingdom's foreign minister, Abdullatif Al-Zayani, said the deal aimed at normalising relations spelled "a warm peace that will deliver clear benefits to our peoples". Bahrain and Israel said on Wednesday they are determined to open embassies, establish online visa systems and launch regular flights between the countries in the near future.

Al-Zayani's trip to Israel came at the same time as US Secretary of State Mike Pompeo's, with the latter hailing the regional rapprochement brokered by the Trump administration.

Standing beside his Bahraini counterpart and Israeli Prime Minister Benjamin Netanyahu, Pompeo noted that the normalisation deals "tell malign actors like the Islamic Republic of Iran that their influence in the region is waning and that they are ever more isolated and shall forever be until they change their direction".

The United Arab Emirates, for its part, sent a delegation to the Jewish state last month, but it chose not to leave Ben Gurion Airport in what was deemed as a coronavirus precaution.