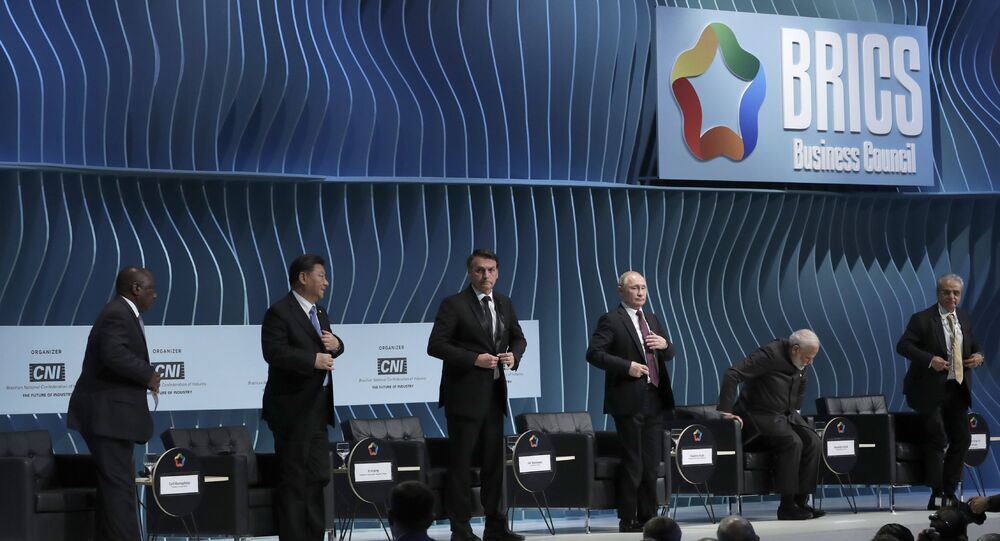 During Tuesday’s meeting, the heads of the BRICS member states – Brazil, Russia, China and South Africa – touched on issues of global importance, including the war in Syria, the fight against international terrorism, and the production and distribution of a coronavirus vaccine.

BRICS countries want to prepare a legally binding tool to prevent an arms race in space, reads a declaration adopted at the group's 12th summit, which is being held on 17 November in Moscow.

"We emphasise the urgent need to agree on a multilateral legally binding accord that can fill the gap in the international framework regarding space, including an agreement that will prevent countries from deploying weapons, threatening, or using force against objects in outer space", the BRICS group said in a statement.

Last year, the United States created a sixth branch of the military called the Space Force, a decision that was criticised both domestically and abroad. Opponents of the move say it may result in an arms race in space, which may threaten the world.

Moscow has repeatedly stressed that it opposes the deployment of any types of weapons in space and has urged Washington to work together to prevent a new arms race.

During the 12th summit of the BRICS group, which was held earlier today, the leaders of the member states discussed issues of global importance. In the declaration adopted at Tuesday’s meeting, BRICS also spoke about: