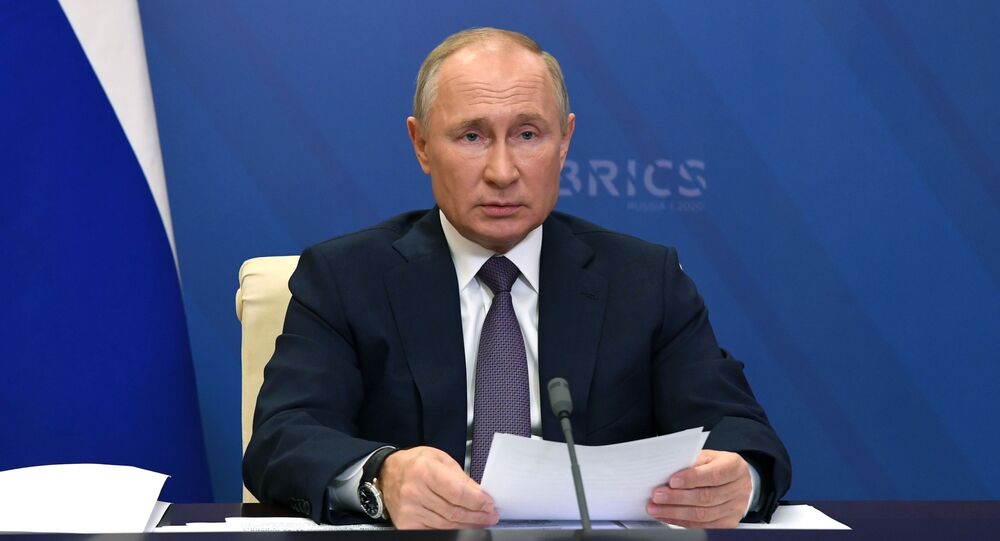 Russian President Vladimir Putin has called for a joint effort on the development of coronavirus vaccines at the 12th BRICS summit, which is being held in a virtual format.

"We believe it is important to speed up the establishment of the centre for development and research of BRICS vaccines, which we agreed to do two years ago, upon the initiative of our South African friends", Putin said.

According to the president, Russia’s Sputnik V vaccine that was registered in August could be produced in China and India, which are both members of the bloc.

"The Russian Direct Investment Fund has reached agreements with its Brazilian and Indian partners on conducting clinical trials of the Sputnik V vaccine, it has also reached an agreement with pharmaceutical companies in China and India to launch production of the vaccine in these countries not just to cover their needs, but for third countries as well", Putin said at the BRICS summit.

Putin's statement comes during the 12th BRICS summit held in a virtual format due to the coronavirus pandemic.

On 11 August, Russia became the world's first country to register a coronavirus vaccine, dubbed Sputnik V. The vaccine was developed by the Gamaleya Research Institute, while the Russian Direct Investment Fund (RDIF) is investing in the production and promotion of the vaccine abroad.

Another Russian vaccine, EpiVacCorona, produced by Vector Research Centre, was registered in October.