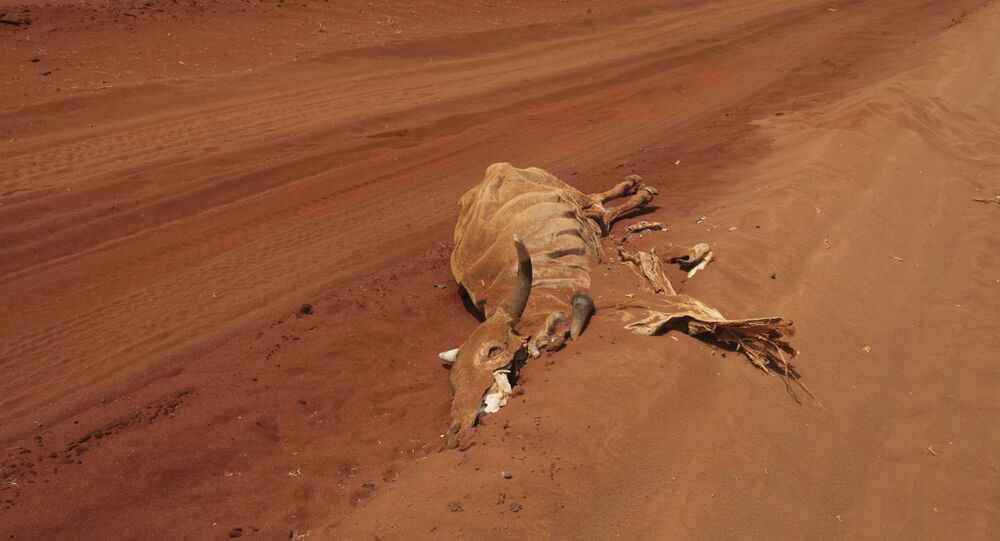 In October, the Norwegian Nobel Committee announced that the 2020 Nobel Peace Prize had been awarded to the World Food Programme. The committee specifically praised the UN branch’s push “to act as a driving force in efforts to prevent the use of hunger as a weapon of war and conflict”.

The Norwegian Nobel Committee’s recent decision to give this year’s Nobel Peace Prize to the WFP can be seen as a sort of warning to world leaders that 2021 may be even worse than 2020 when it comes to the humanitarian situation, David Beasley, executive director of the World Food Programme (WFP), told the AP news agency.

Beasley dubbed the decision “a message to the world that it’s getting worse out there [and] that our hardest work is yet to come”.

“It was so timely because we’ve been fighting to get above the choir”, he said, referring to the award, which he called a “gift from above”.

The WFP head also recalled his address to the UN Security Council in April, when the COVID-19 pandemic’s first wave was on the rise. At the time, he warned of the world being “on the brink of a hunger pandemic” that could result in “multiple famines of biblical proportions” within a few months if no immediate action is taken.

“We were able to avert it in 2020 […] because the world leaders responded with money, stimulus packages, deferral of debt”, Beasley underlined.

He argued that with COVID-19’s second wave currently ongoing, economies, especially those in low- and middle-income countries, are continuing to deteriorate amid the WFP’s forecast that the coronavirus pandemic may bring some 270 million people “to the brink of starvation by the end of 2020”. Given all this, the WFP is very much concerned that “2021’s going to be a very bad year”, Beasley warned.

According to him, the money that was available in 2020 will unlikely be obtained next year, which is why he is currently meeting world leaders to draw their attention to “this tragedy that we are facing - crises that really are going to be extraordinary over the next, who knows, 12 to 18 months”.

He likened the potential crisis to the Titanic, stressing that “right now, we really need to focus on icebergs, and icebergs are famine, starvation, destabilisation, and migration”.

© REUTERS / Susana Vera
COVID-19 Worse Than 2009 Swine Flu Outbreak, Causes Unequaled Economic Damage - WFP
The WFP’s chief executive said that his agency needs at least $15 billion next year to fight famine and implement global programmes, including those related to malnourished children. “If I could get that coupled with our normal money, then we avert famine around the world” and minimise migration, Beasley pointed out.

His AP interview comes after the Norwegian Nobel Committee announced in October that the 2020 Nobel Peace Prize had been awarded to the WFP, the food-assistance branch of the United Nations.

The committee lauded the agency "for its efforts to combat hunger, for its contribution to bettering conditions for peace in conflict-affected areas, and for acting as a driving force in efforts to prevent the use of hunger as a weapon of war and conflict".

Berit Reiss-Andersen, the chair of the Nobel Committee, for her part, said that with this year's award, the committee “wishes to turn the eyes of the world to the millions of people who suffer from or face the threat of hunger”. She touted the WFP as an agency that “plays a key role in multilateral cooperation in making food security an instrument of peace”.

The World Food Programme was established in 1961 by the UN as an experimental mechanism to provide alimentation to regions in crisis, but over the years it has become one of the largest humanitarian organisations addressing the issues of food security and hunger.