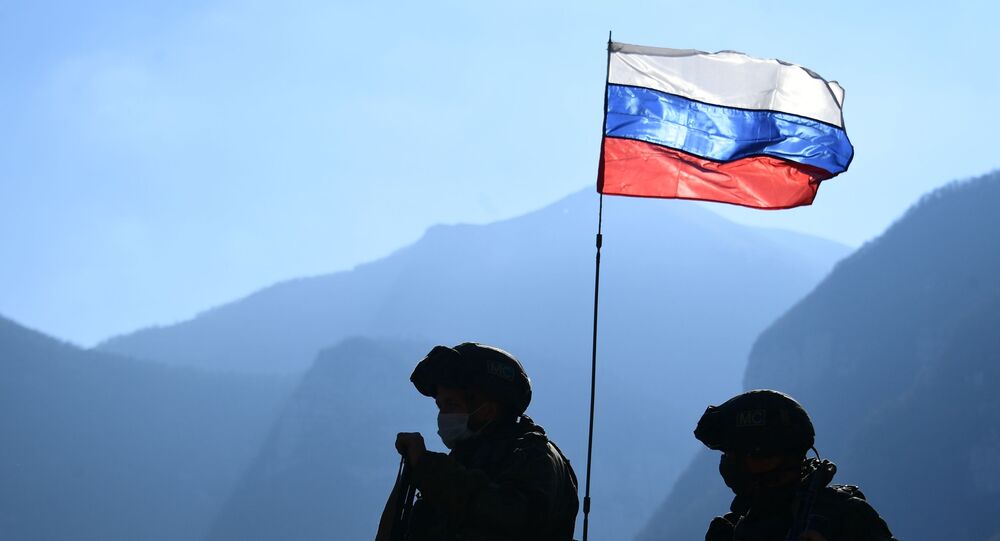 On 9 November, Armenia and Azerbaijan agreed upon a Russia-brokered deal to cease hostilities in the Nagorno-Karabakh region. The agreement calls for Yerevan to cede large swathes of territory to Baku, and stipulates the deployment of around 2,000 Russian peacekeepers in Nagorno-Karabakh.

Armenia was due to begin handing over disputed territory to Azerbaijan on 15 November as part of a ceasefire agreement that ended six weeks of hostilities over the Nagorno-Karabakh region, however, Baku has given Armenian troops an extra 10 days to leave the Kalbajar district ahead of its takeover by Azerbaijani forces.

According to an Azerbaijani presidential aide, Yerevan asked Baku through Russia for more time to withdraw troops.

The Aghdam and Lachin districts will be ceded to Azerbaijan as stipulated by the ceasefire deal on 20 November and 1 December, respectively.

Meanwhile, according to the Russian Defence Ministry, about 250 residents of Nagorno-Karabakh's capital, Stepanakert, have already returned to their homes as the first nine buses with refugees arrived in the city following the deployment of Russian peacekeepers.

© Photo : YouTube / System Of A Down
Toxicity: System Of A Down Reports Death Threats After Speaking Out in Support of Karabakh Armenians
On Saturday, the commander of the recently-deployed Russian peacekeeping contingent, Rustam Muradov confirmed that Armenia and Azerbaijan are adhering to a ceasefire in Nagorno-Karabakh, and the situation in the war-torn region is stabilising.

Russia's peacekeeping mission is comprised of around 2,000 troops that will be deployed in Nagorno-Karabakh for at least five years. Armenia and Azerbaijan agreed to end hostilities earlier this week with Russia's mediation.

The fighting between Armenia and Azerbaijan in Nagorno-Karabakh erupted in late September and raged for six weeks, leaving at least 2,317 soldiers dead on the Armenian side. Baku hasn't revealed its military casualties so far.

The Nagorno-Karabakh conflict flared up in the late 1980s, with the predominantly Armenian-populated autonomy proclaiming independence from Azerbaijan in 1991. As a result, Baku and Yerevan waged a full-scale war for the area between 1992 and 1994 that claimed the lives of around 40,000 troops and civilians from both sides.