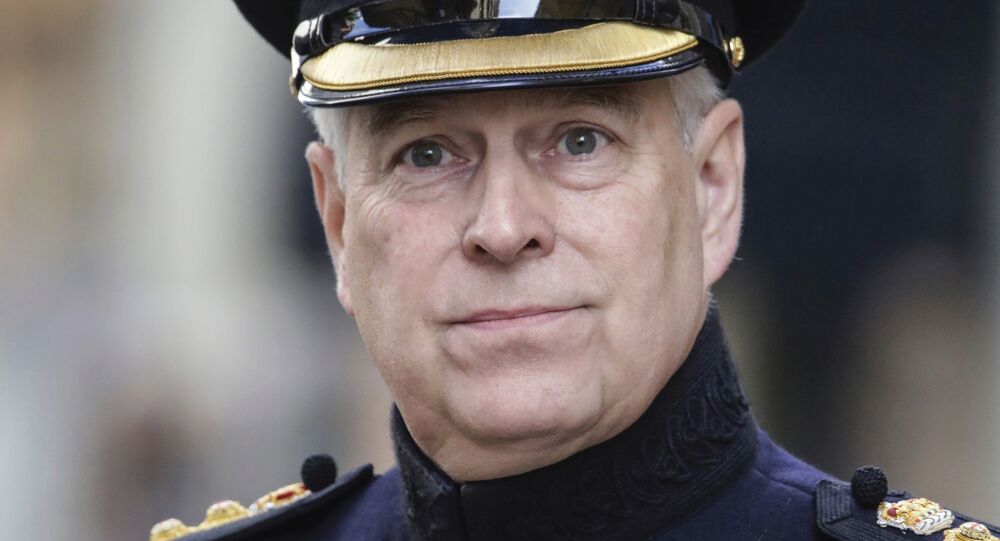 This week US justice officials met with dozens of women who claim to be victims of Jeffrey Epstein to unveil new findings into the dead financier’s circle of close friends, who are said to have enabled his sex trafficking crimes. British royal Prince Andrew is believed to have been in contact with these individuals in the past.

Lisa Bloom, a lawyer for five woman who said they had suffered at the hands of Jeffrey Epstein in the past, told the Mirror that she hopes that Prince Andrew is properly investigated and his late paedophile friend's alleged victims get justice in the event that the Democratic presidential candidate succeeds.

“I do have hope that the Biden-Harris administration will be more aggressive in standing with victims of sexual assault,” Bloom said amid pending election results in the United States.

"It is essential that Prince Andrew cooperate with authorities, as he said he would, so that they can fully investigate him and all others accused of enabling prolific predator Jeffrey Epstein,” the lawyer noted.

In 2017, it came to light that Bloom was among those who famously advised disgraced producer Harvey Weinstein on how to discredit his accusers. However, she then became a fierce defender of women who anonymously accused Jeffrey Epstein of sexually assault and sex trafficking. One of her clients, a model named Kiki, made her allegations public last year.

© AP Photo / Lefteris Pitarakis
Britain's Prince Andrew, left, and Prince Philip, arrive to attend a Christmas Day Service with other members of the royal family at St. Mary's church on the grounds of Sandringham Estate, the Queen's retreat, in Norfolk, England, Wednesday, Dec. 25, 2013

Another representative of Epstein’s alleged victims, Spencer Kuvin, has also expressed hope that Biden, who has been proclaimed president-elect by major US outlets even though the vote counting is still underway, “will pick a strong new Attorney General who understands the history of this case”.

Kuvin noted that it was “unlikely” that Prince Andrew would give a statement in relation to the ongoing probe into Epstein’s close circle of friends, unless he “surrenders” to US justice. So far, the 60-year-old royal has dismissed claims made by the FBI and New York prosecutors that he had provided “zero cooperation” in the case.

Queen Elizabeth’s son Prince Andrew is accused by Epstein’s alleged victim Virginia Roberts Giuffre of having sex with her on at least three occasions while she was still underage. Giuffre maintains that one of their alleged encounters took place at a London nightclub in 2001, a story corroborated by two of Epstein accusers defended by Bloom.

However, the Duke of York dismissed these claims, infamously declaring in bombshell BBC interview aired last November that their encounter at the club was “impossible” as he was spending that evening with his family at Pizza Express in Woking – an alibi many had found dubious to say the least. Prince Andrew also defended his friendship with Epstein, causing a strong backlash from British public, and eventually leading to his departure from public duties.

Prince Andrew was not the only famous person who maintained close ties to the predator billionaire. The list of Epstein’s celebrity friends also included Harvard professor Alan Dershowitz, the Clinton family and even the Trumps. The US president once famously dubbed Epstein a “terrific guy” and “a lot of fun to be with”, however he later walked back on his claims following the financier’s arrest, saying that he “was not a fan of his”.

Epstein died in a prison cell in August 2019, while awaiting trial on sex trafficking charges. His death was ruled a suicide by medical experts.

This summer, the FBI announced that they have been building up cases against Epstein’s close circle of friends, who have presumably enabled his abuse of underage girls. Prince Andrew is said to have met or had contact with “at least six” of those, as the FBI and US Department of Justice presented new details about the probe during their meeting with nearly 30 of Epstein’s alleged victims on 12 November.

Epstein’s close associate Ghislaine Maxwell is also currently in jail, accused of helping her ex-boyfriend to groom and abuse young women, allegations she has strongly refuted.