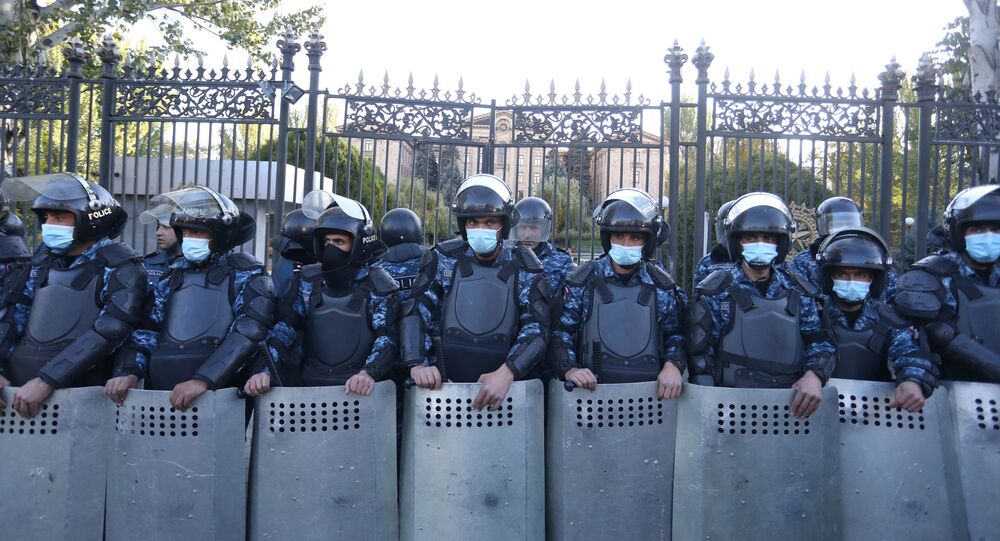 Earlier, an opposition rally took place outside of the Armenian parliament in Yerevan, with protesters demanding the resignation of Prime Minister Nikol Pashinyan over a ceasefire agreement he signed with Azerbaijan concerning the conflict in the unrecognised republic of Nagorno-Karabakh.

Opposition protests against the Nagorno-Karabakh peace agreement continue in Yerevan days after Armenian Prime Minister Nikol Pashinyan agreed to withdraw Armenian forces from Nagorno-Karabakh as well as hand over a number of territories to Azerbaijan.

Earlier this week, Yerevan and Baku agreed to a ceasefire in Nagorno-Karabakh, putting an end to six weeks of hostilities in the region, which is predominantly populated by Armenians but officially recognised as part of Azerbaijan despite declaring independence in the 1990s.

The agreement resulted in the loss of most territories controlled by the Armenian-majority self-proclaimed Republic of Artsakh and envisions the deployment of Russian peacekeepers to the region.

The Armenian prime minister described the agreement as a very hard decision to make, which nonetheless did not appease his domestic critics.