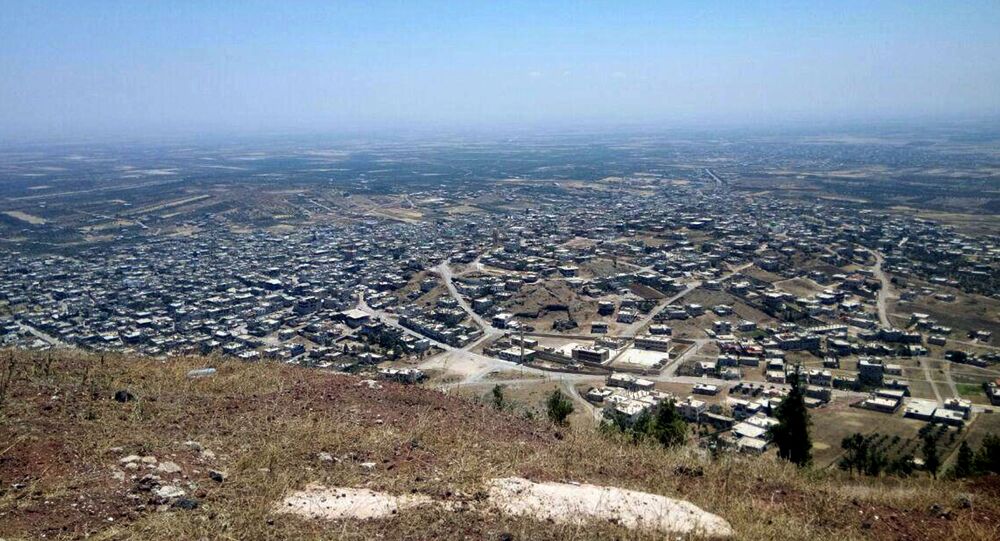 MOSCOW (Sputnik) - An explosive device detonated on the route of a convoy of the Russian military police in Syria, an armoured car received minor damage, deputy head of the Russian Defence Ministry's Center for Syrian Reconciliation said at a daily briefing on Thursday.

"On 12 November , an unidentified improvised explosive device was detonated on the route of the convoy in the area of ​​Musseifra during a patrol of the Russian military police accompanied by a Syrian security unit along the Isra - Sahwat al-Qamh route in Daraa province", Rear Adm. Alexander Grinkevich said.

"All equipment and Russian servicemen have safely returned to the point of deployment. The command of the Russian group of forces in the Syrian Arab Republic, in cooperation with Syrian security agencies, has organised an investigation into the incident", he added.

Earlier, the Russian military said that engineering troops from the Syrian armed forces cleared 1.7 hectares (4.2 acres) of territory in the provinces of Damascus and Daraa over the past day, discovering and defusing 18 explosive devices.

Daraa province is located on the south-west of the country, close to the border with Jordan.