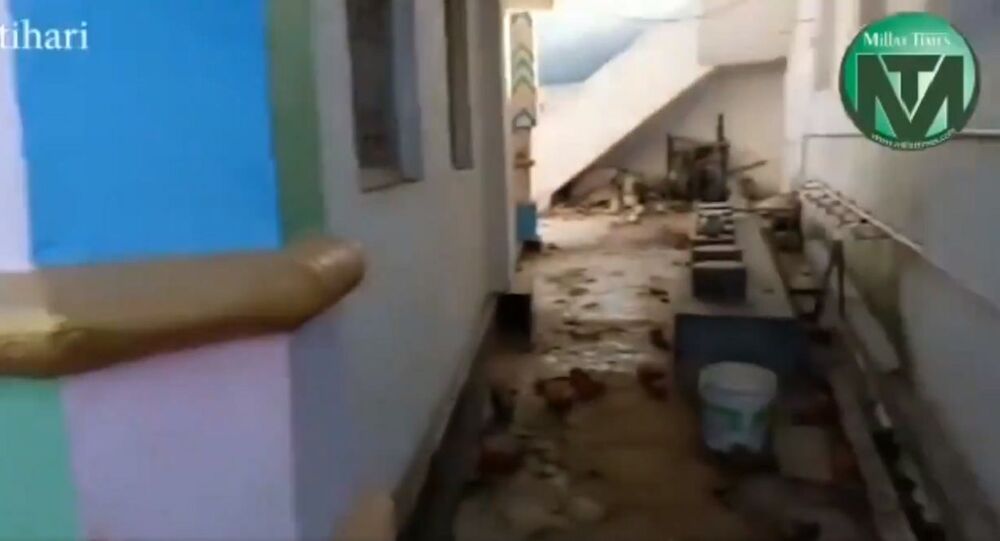 In the first major election in India since the outbreak of the coronavirus pandemic in the country, Prime Minister Narendra Modi’s Bharatiya Janata Party (BJP)-led coalition NDA retained power in Bihar in a closely-contested battle with the opposition RJD-led Grand Alliance.

In the aftermath of the BJP-led alliance’s win in the Bihar state elections, a mosque was vandalised, allegedly by BJP supporters during the victory procession and several people were injured in the reported attack in Jamua Village, East Champaran district, reported The Wire news website.

A First Information Report (FIR) has been registered in the incident, in which five people were injured.

According to the report, the incident took place on 11 November after BJP leader Pawan Kumar Jaiswal from the Dhaka Assembly seat won the election and a celebratory procession was launched by workers from the saffron party.

The videos of the incident have emerged on social media.

Five people who were offering prayers in the mosque were injured during the attack. The mosque was vandalised, stones were pelted and several vehicles were damaged by the mob.

Mazhar Alam, the caretaker of the mosque, told The Wire that around 500 people started pelting  the mosque. They broke the gate, broke a mic, electric gadgets, and destroyed everything while chanting ‘Jai Shri Ram’(Glory to Lord Rama).

Abhay Kumar, an officer at the Dhaka police station, confirmed the incident while stating that the attack took place after a verbal fight between a shopkeeper and people in the procession. The shopkeeper asked them to turn off the mic and the mob became angry.

A complaint has been registered under various sections of Indian Penal Code (IPC) such as rioting, armed with deadly weapon, injuring or defiling a place of worship with intent to insult the religion of any class and attempt to murder.