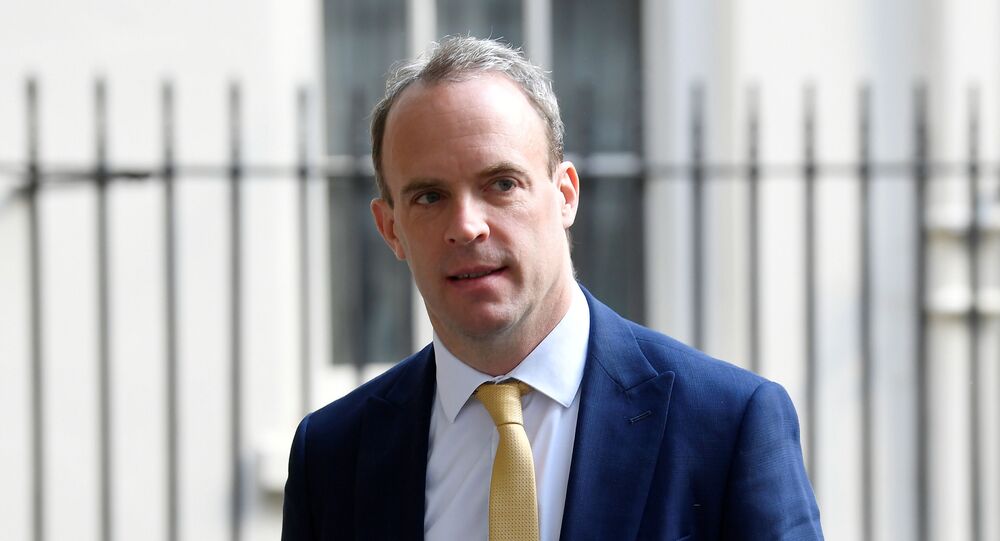 According to UK authorities, China has broken the Joint Declaration three times: the first time was in 2016, then earlier this year when Beijing introduced the Hong Kong National Security Legislation, and now.

"The UK will stand up for the people of Hong Kong, and call out violations of their rights and freedoms," Raab said. "With our international partners, we will hold China to the obligations it freely assumed under international law."

At the same time, Foreign Office minister Nigel Adams has stated that the UK had summoned the Chinese ambassador in London to express "deep concern at this latest action by his government."

The four democratic lawmakers were disqualified shortly after Beijing passed a resolution allowing the special administrative region (SAR) to remove lawmakers if they are deemed a threat to national security.

© REUTERS / TYRONE SIU
US, Canada Condemn China's Disqualification of Hong Kong Legislators
The proposal to enact the power was forwarded to the National People’s Congress in Beijing from the Hong Kong government itself.

Beijing’s imposition of stricter laws policing national security threats that may emerge from the former British colony has been seen by Western nations as stripping Hong Kong of its special status in favour of imposing China’s will, something authorities on both sides deny.