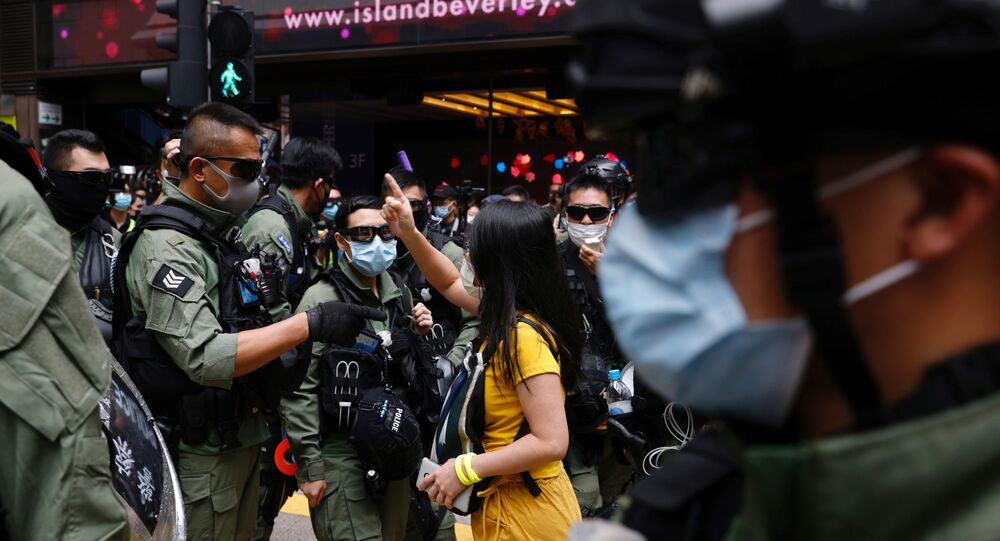 “Beijing's recent actions disqualifying pro-democracy legislators from Hong Kong's Legislative Council leave no doubt that the Chinese Communist Party (CCP) has flagrantly violated its international commitments under the Sino-British Joint Declaration and its promises to the people of Hong Kong, including those under the Basic Law", 2wUS National Security Adviser Robert O'Brien said in a statement on Tuesday.

The United States, Canada, and other so-called Western alliance partners have asserted that China is intent on stripping away Hong Kong's autonomy guaranteed by the Sino-British Joint Declaration following the enactment of China's national security law.

O’Brien added that the United States will employ domestic legislation to identify and sanction those it has deemed responsible.

In June 2019, mass protests erupted in Hong Kong as a reaction to a proposed bill that would allow people to be extradited from the city to mainland China. The demonstrations continued for weeks and turned violent even after the unpopular measure was withdrawn in September 2019. Beijing said that the situation in Hong Kong was a result of foreign interference in China's domestic affairs.

To stabilise the situation in the city, the Chinese government in late June enacted the national security law in Hong Kong. The new legislation banned separatist and terrorist activities, along with any form of foreign interference in Hong Kong. It provoked a wave of criticism in Hong Kong and abroad with US President Donald Trump threatening to sanction both Chinese and Hong Kong officials for allegedly undermining the city's autonomy.

China has condemned and vowed to retaliate against, what it calls foreign interference in the special administrative region.