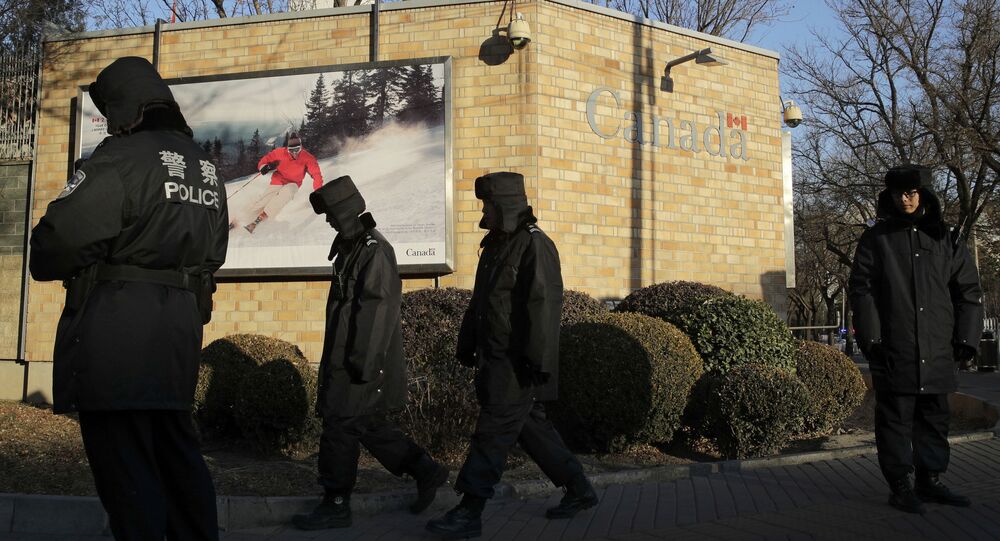 Relations between Canada and China soured after Ottawa detained Huawei CFO Meng Wanzhou in 2018 at the request of the United States to which Beijing responded by arresting two Canadian nationals on charges of espionage in China.

Canadian Prime Minister Justin Trudeau has commented on the arrest of two of his nationals in China, saying "we will not give in to coercive diplomacy".

"We don't believe in coercive diplomacy and ... we actually deeply believe that if you start giving in to that kind of pressure, you'll leave yourself worse off for the long term. China continues to think that they can just put enough pressure on us and we will ... give in, but that's exactly the opposite of our position", Trudeau said in an interview during a Financial Times online conference.

Trudeau earlier insisted that Beijing's attempt at "coercive diplomacy" by imprisoning two Canadians in retaliation for the arrest of a top Huawei executive isn't working. The prime minister stressed that former diplomat Michael Kovrig and businessman Michael Spavor have been arbitrarily detained for more than 700 days.

Trudeau's statements come amid a growing diplomatic rift between the two nations. Apart from the detentions, the relationship has been further aggravated by Canada’s condemnation of the Chinese law on national security in Hong Kong and a suspension of some bilateral agreements with the special administrative region. Beijing has stated that it reserves the right to respond to any interference on Canada’s part, and the Canadian side will be held accountable for all the consequences.

Sino-Canadian relations have worsened after Meng Wanzhou, daughter of Huawei founder and chief executive Ren Zhengfei, was detained in 2018 at Vancouver International Airport during a layover stop en route to Mexico from Hong Kong at the request of the US government. Meng is wanted by US authorities for her alleged role in violating sanctions against Iran.

© REUTERS / JENNIFER GAUTHIER
Canadian Judge Denies Huawei CFO’s Request for Access to Confidential Documents
Meng's detention was followed by the arrest of Kovrig and Spavor by Beijing, in a move that was regarded as "retaliatory". Ottawa claims the detention is arbitrary but Chinese authorities insist the two men posed a threat to national security.

Kovrig and Spavor have been charged with espionage, which is a capital offence in China.

Both countries have defended the independence of their judicial system and denied claims the cases are connected or politically motivated.