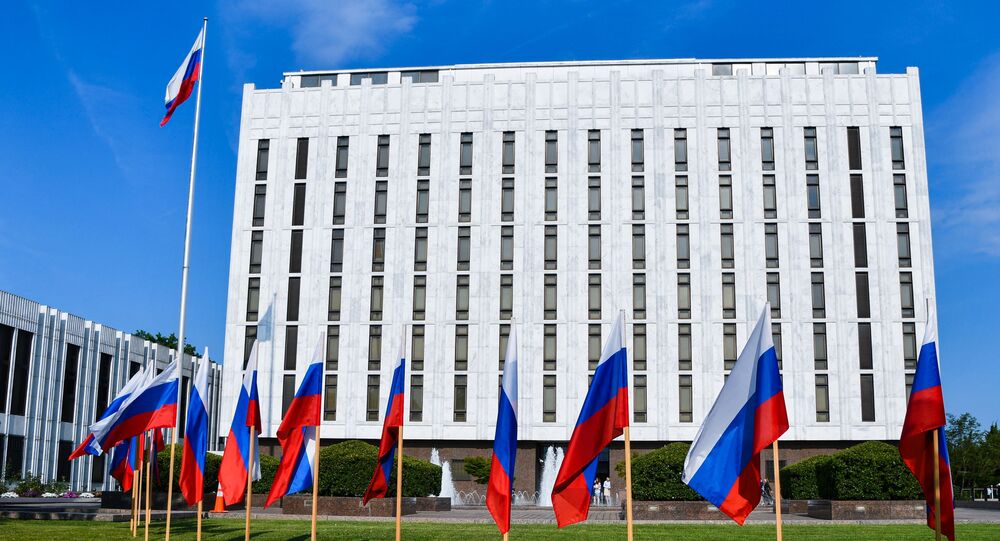 MOSCOW (Sputnik) - Russia's Embassy in Washington said Russian national Bogdana Osipova, convicted in the United States for abducting her own child, had been released from prison.

"We are happy to welcome Bogdana Osipova outside of the Danbury prison, Connecticut. We realize that she still has a lot to endure while awaiting the announcement of a new verdict. At the same time, we hope for justice in relation to the Russian woman," the embassy said.

It said it would continue to seek the return of Osipova to her homeland.

In June of 2019, Osipova was sentenced to seven years in prison for international parental kidnapping and demanding child support from her former husband Brian Mobley. Osipova was also ordered to pay compensation in the amount of $18,000 to her husband and to do everything possible to return her children to the United States.

A dual US and Russian citizen, Osipova-Mobley left Wichita, Kansas, in 2014, allegedly escaping her abusive US husband, and taking two children with her. She gave birth to a third child after arriving in Russia. The US authorities arrested Osipova in 2017 shortly after she returned to the United States in order to change child support arrangements.