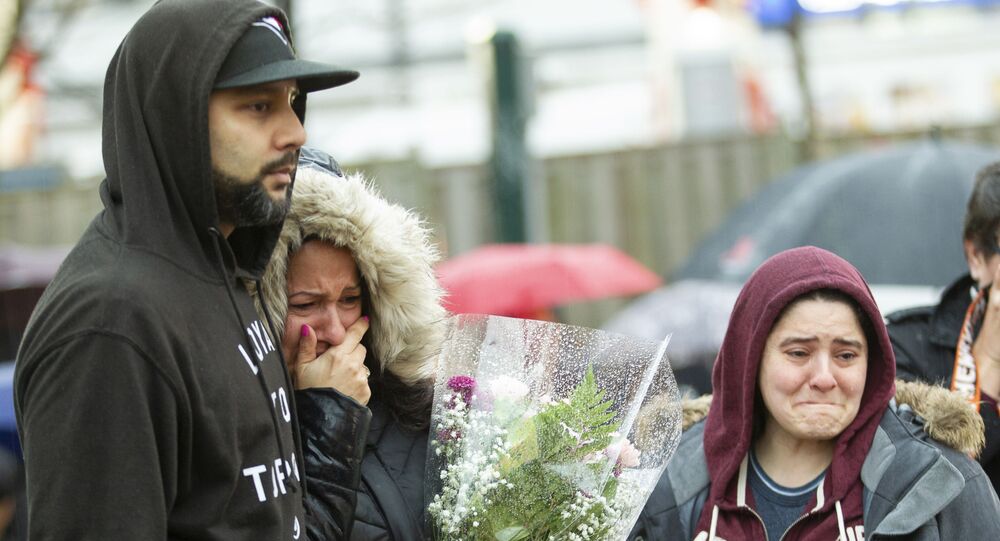 What is an Incel? Misogynist Movement Highlighted as Man Goes on Trial for Van Massacre in Canada

On 24 April 2018 a van was driven into a crowd of shoppers in Yonge Street in downtown Toronto, killing 10 people. But the motivation was not Islamism or any other form of terrorism but a burning rage against women.

Alek Minassian, 28, has gone on trial accused of 10 counts of premeditated murder and 16 attempted murders after a shocking massacre on the streets of Canada’s biggest city in April 2018.

The victims were eight women and two men, aged between 22 and 94.

Minassian admits he was the driver of a van which deliberately rammed pedestrians in Yonge Street, a crowded thoroughfare in Toronto, but they will seek to prove he was not criminally responsible because of his mental health.

We just saw surveillance video of Minassian driving the Ryder van down Yonge Street and now a picture. “Minassian intentionally drove his vehicle at this group and struck 7 pedestrians with the van. ... #Minassian accelerated over top of victims”

​​The judge-only trial, at Ontario Superior Court, has been postponed twice due to the  COVID-19 pandemic.

Minassian’s mother says he has Asperger's syndrome, a form of autism which  impaired his ability to communicate.

But much of the focus will be on Minassian’s self-identification as an incel (involuntary celibate) and his apparent adoration of Elliot Rodger, an American spree killer.

​After Minassian, a software developer, was arrested detectives discovered he had posted a Facebook status moments before driving into the victims.

On Tuesday, 10 November, the court heard Minassian stopped his van at 1.27pm, saw a group of people congregating beside the road, and "at this point, he determined he was going to start his mission."

He published a post on his Facebook page about the "incel rebellion" and then drove his van, at around 45 miles per hour, into the crowd of people.

Alek Minassian said the Chads had to be killed in order to force the Staceys to have sex with men like him, the incels. pic.twitter.com/1NmHYDwuN3

​Prosecutor Joseph Callaghan told the court that for many families "their worlds were shattered by the actions of Mr Minassian."

Mr Callaghan said: "His actions are not in dispute. He will be admitting his actions were planned and deliberate and he planned to kill those people. The only issue at this trial is the criminal responsibility."

During his police interrogation Minassian explained that he had been motivated by his hatred of women, which was linked to his sexual frustration and his frequent rejection by females.

He said he joined the online incel community and shared their ideology, which espouses a hatred of "Chads" (handsome, muscular and charming men) and "Stacys" (beautiful, sexy and unattainable women).

On the message board 4Chan, someone anonymously shared in an image of a mobile phone showing a "manifesto" which Minassian had written before embarking on his attack.

It read: “Private (Recruit) Minassian Infantry 00010, wishing to speak to Sgt 4chan please. C23249161. The Incel Rebellion has already begun! We will overthrow all the Chads and Stacys! All hail the Supreme Gentleman Elliot Rodger!”

​Rodger, 22, shot and stabbed six people in Isla Vista, California in May 2014 before turning his gun on himself.

Rodger had earlier posted a “retribution” video on YouTube and emailed a lengthy autobiographical document to more than 30 acquaintances.

The online community of incels soon latched onto the document.

Alek Minassian's trial begins today, which is likely to provide more insights into the #InCel movement. My co-author was interviewed about this (https://t.co/EWOEus6WSX) and provided answers based upon work we published last year:https://t.co/YRWJXrGaG5#AlekMinassian

​An anonymous researcher with Moonshot, a British charity which seeks to combat violent online ideologies, told Global News Canada: "More so than any other extremist groups, the incel community is a product of the internet. They were born on the internet."

The researcher said some see Minassian and Rodger as "heroes”.

In February this year a teenage incel was charged with terrorism after he killed Ashley Noell Arzaga, 24, with a machete at a Toronto massage parlour.

Minassian has not been charged with terrorism.