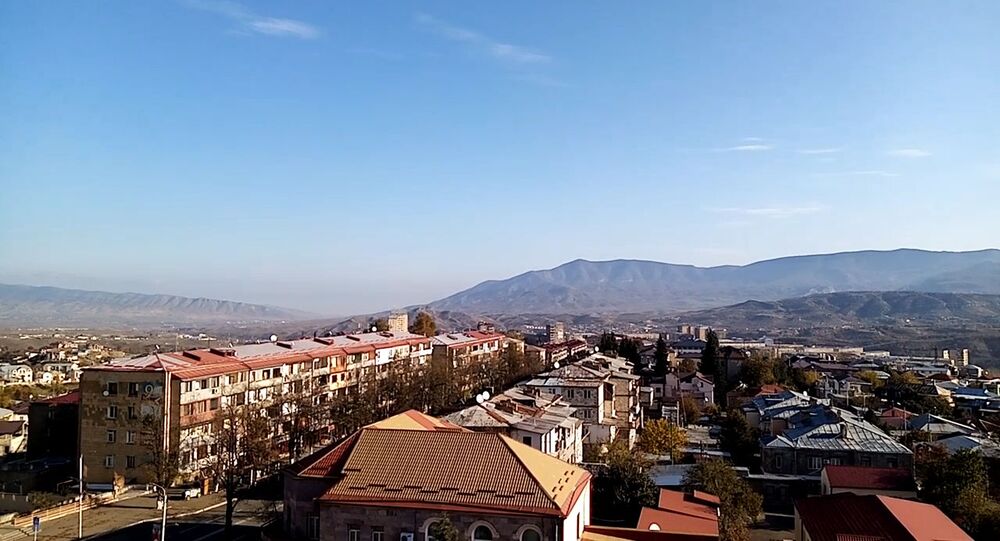 Russia, Armenia, and Azerbaijan yesterday adopted a joint statement on a ceasefire in Nagorno-Karabakh and paved the way for a peacekeeping mission in the embattled region. The Russian Foreign Ministry earlier in the day emphasised that only Russian peacekeepers would be deployed to Karabakh.

Kremlin spokesperson Dmitry Peskov has said that the deployment of a Turkish peacekeeper contingent in Karabakh wasn't coordinated with any party. He underlined that the joint statement by Russia, Armenia, and Azerbaijan makes no mention of Turkey in any manner.

"This is what I can say: the statement does not say a single word about it, the three sides have not agreed on it, the Turkish soldiers' staying in Karabakh has not been coordinated", Peskov told reporters.

The Kremlin's statement comes as Turkish Foreign Minister Mevlut Cavusoglu announced that Ankara would control the implementation of the armistice in Nagorno-Karabakh.

The minister also stated that seven districts in Karabakh will be "completely handed over to Azerbaijan", adding that four of them were already under Baku's control.

"We are now discussing how [the truce] will be observed and controlled. But the whole process will be overseen jointly [with Azerbaijan]", Cavusoglu told reporters, adding that Turkey will continue to support Baku.

Russia, Armenia, and Azerbaijan earlier adopted a joint declaration on a ceasefire in Nagorno-Karabakh, where intense fighting has been underway since late September. According to the statement, the complete armistice will come into force effective 10 November. Under the agreement, Russia will send a peacekeeper contingent comprised of 1,960 servicemen, 90 armoured personnel carriers, and 380 pieces of equipment.

The Russian Foreign Ministry earlier in the day stated that only Russian peacekeepers would be dispatched to the region.