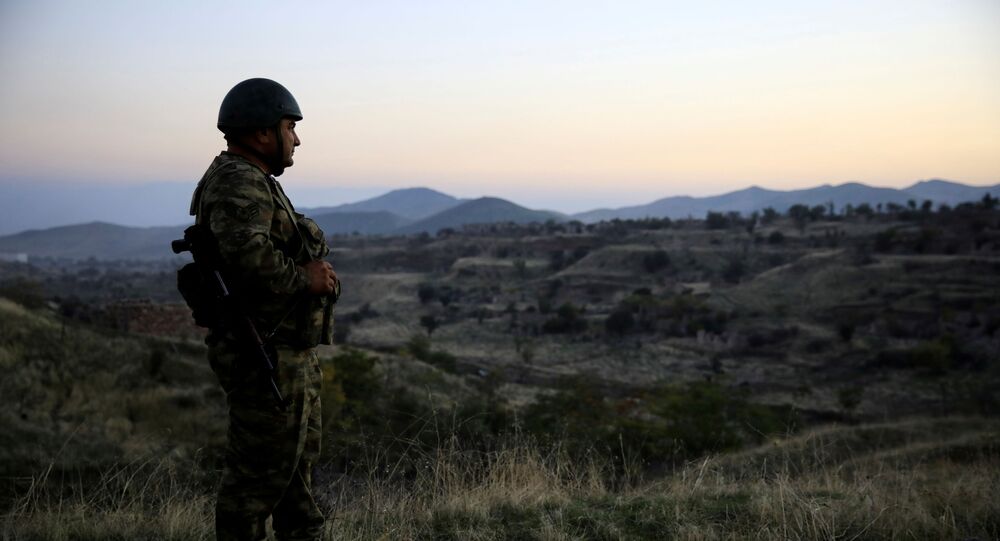 According to the Russian military, the Russian observation posts will be set up along the contact line in Nagorno-Karabakh, along the Lachin corridor.

The Russian peacekeepers are departing for Karabakh by Il-76 aircraft from Ulyanovsk airfield, the Russian Defence Ministry said on early Tuesday, following the joint statement on ending hostilities in Nagorno-Karabakh.

According to the Azerbaijani President, Ilham Aliyev, the peacekeepers will remain in the region for five years, with an automatic extension by five-year terms, if Baku and Yerevan agree.

Earlier, the Kremlin confirmed the presidents of Russian and Azerbaijan and the Armenian Prime Minister signed a joint statement on ending hostilities in Karabakh. The new Karabakh ceasefire is coming into force starting from 00:00 Moscow time on Tuesday (21:00 GMT on Monday), Russian President Vladimir Putin said.

Armenian Prime Minister Nikol Pashinyan also posted on Facebook that he signed the joint statement with the Russian and Azerbaijani leaders on ending the Karabakh war, adding that the decision was "painful" for him.