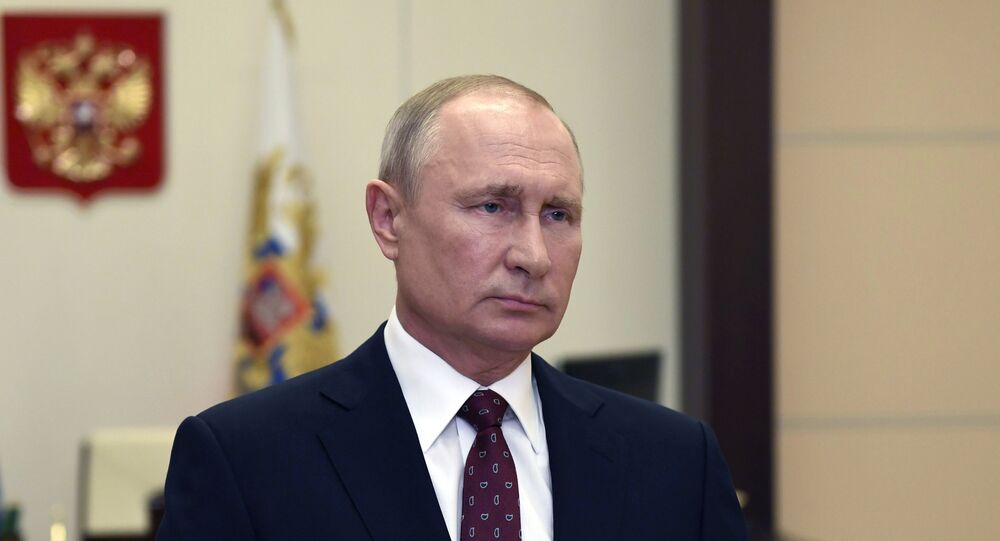 Peacekeepers to Be Deployed in Nagorno-Karabakh, Putin Says

The statement on terminating the war in Karabakh on 10 November was signed earlier by the leaders of Azerbaijan, Russia, and the Armenian prime minister, the Kremlin confirmed.

Peacekeepers will be deployed along the front line in Nagorno-Karabakh in accordance with the joint statement signed earlier in the day, Russian President Vladimir Putin said on Tuesday.

He said that Azerbaijan and Armenia will stop at the occupied positions, adding that the transport hubs in Karabakh will be unblocked. He also said the two sides should exchange prisoners of war.

According to the Russian leader, the new ceasefire agreement will hopefully create conditions for a long-term solution to Nagorno-Karabakh crisis in the interests of both peoples.

Earlier, the Kremlin confirmed the leaders of Russia, Azerbaijan and Armenia signed a joint statement on the cessation of hostilities in Karabakh.

"A statement has been signed by President of the Republic of Azerbaijan Ilham Aliyev, Prime Minister of the Republic of Armenia Nikol Pashinyan and President of the Russian Federation Vladimir Putin. A complete cessation of fire and all hostilities in the zone of the Nagorno-Karabakh conflict have been announced", Kremlin spokesman Dmitry Peskov said.

Armenian Prime Minister Nikol Pashinyan also wrote on Facebook that he signed the statement on ending the Karabakh war.